No major injuries after midday collision 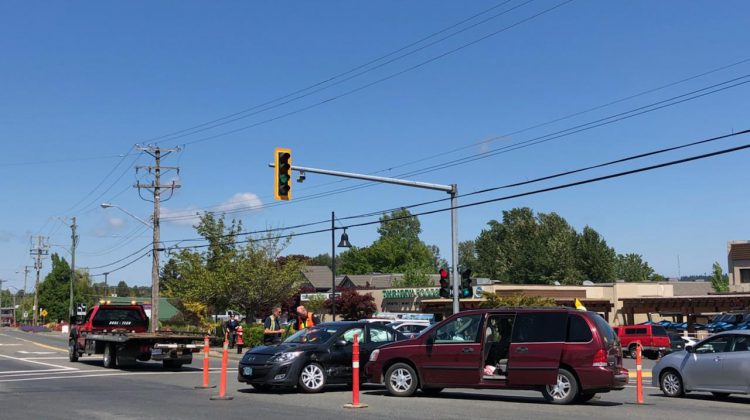 Courtenay Fire Chief Don Bardonnex said a van collided with a smaller vehicle in the intersection just outside the Thrifty Foods plaza on Cliffe Avenue.

Five people were involved in the accident.

“It was four (people) in the van, and one in the car,” Bardonnex said.

He said there were no major injuries. Crews were cleared from the scene in about 20 minutes.