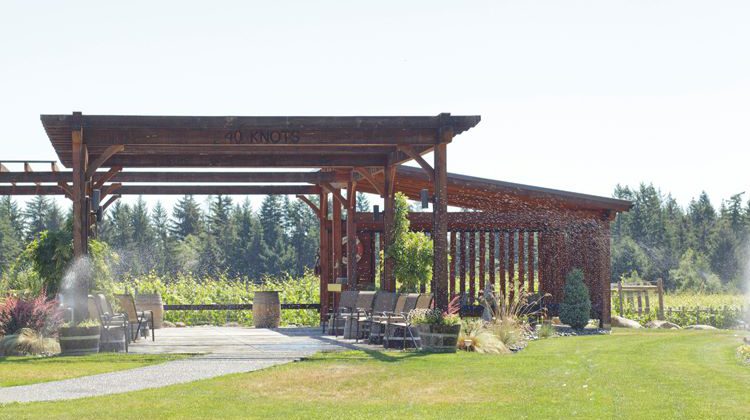 COMOX, B.C.-The staff at 40 Knots Vineyard and Estate Winery is on guard after a suspected cougar attack. Earlier this week a dead sheep was found on the property.

40 Knots co-owner Brenda Hetman-Craig says sheep roam the property’s 24 acres, “mowing” the grass and fertilizing the grounds. She says the dead sheep was found lying in a dip in the ground at the rear of the property with its throat ripped out. Hetman-Craig says the sheep are more like pets than livestock and that losing one is like losing a co-worker or a family member.

The Conservation Officer Service was called and Hetman-Craig says their response has been “fantastic”. She says they went over safety practices with the staff, put up a live trap and set up a trail camera to see if they could catch the cougar.

In the meantime the other sheep have been moved to another farm, the interpretive trail has been closed, warning signs have been put up, and people aren’t being allowed in the area where the dead sheep was found.

Hetman-Craig added that conservation officers told her people often don’t call in cougar sightings because they’re worried officers will simply destroy the animal.  She said the officers encouraged her to tell people to give them a call, and that they do what they believe is in the best interest of the public, after examining all options.