Coal mine workers evacuated due to nearby wildfire 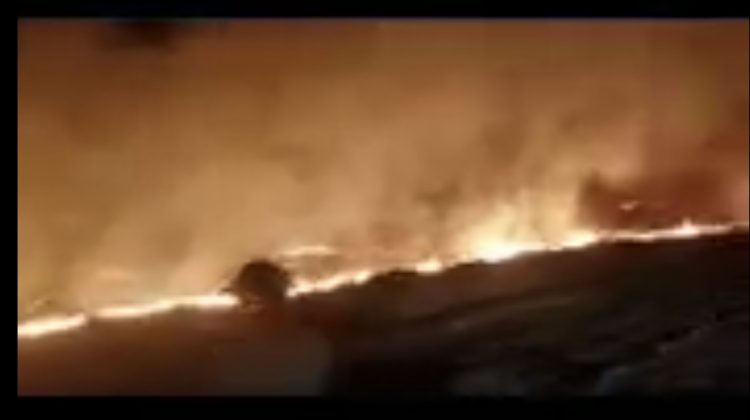 CAMPBELL RIVER, B.C- A wildfire has caused an evacuation west of Campbell River.

According to information from the B.C Wildfire Service, the blaze is located along the Argonaut Mainline, close to the site of the Quinsam Coal Corporation near Campbell River.

The fire, which is out of control and was reported to be around four hectares in size by the latest information, is believe to have been human-caused. It was found on Wednesday, and given the number V80353.

According to Alicia Young, the wife of a worker in the area, the mine site was evacuated around 6:00 p.m. on Wednesday. A helicopter had been in the area dumping water on the fire, and additional services are headed to the site in the morning to battle the blaze.

Young shared video of the fire to social media, and the flames in the video are believed to be near the mine’s tailings dam. A screenshot of that video is attached to this story.

Getting videos and images from the fire near the mine tonight. This is from earlier in the day, when water was being dropped. Mine workers were involved in fire suppression before being evacuated from the site. Video courtesy of Norm Sewid #bc #wildfires #comoxvalley #bcpoli pic.twitter.com/iDlbB8mWRZ

Second video is from after the firefighting efforts were put on hold by nightfall. Flames were burning through the treeline near the high wall fan for the mine, as workers stood nearby. Video courtesy of Norm Sewid #bc #wildfires #comoxvalley #bcpoli #BCwildfire pic.twitter.com/JiYWwPA0UT

Official information on the fire, evacuations, and possible damage to the mine site remains unavailable at this time.