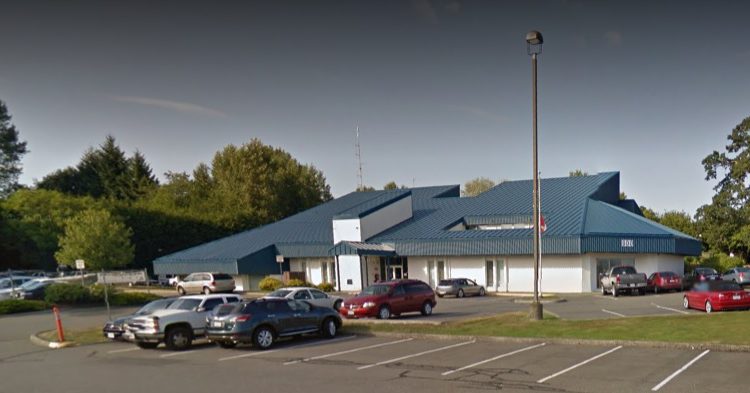 The Comox Valley RCMP detachment building is pictured in a photo sourced from Google Maps.

A news release from the local detachment has acknowledged Constables Dadaos, Thoson, and Malyon for their receipt of the Courage and Bravery award, for their bravery in a river rescue from October 9, 2017.

The acknowledgement was handed out on May 10, as part of the Valley’s 2018 Local Heroes awards.

“On that day, a woman entered the Puntledge River and was holding onto a branch behind a local business when she was swept down the river,” read the release.

“Cst.Dadaos, Cst. Thorson and Cst. Malyon worked together and got the woman out of the water so that she could be taken to hospital for treatment.”

Along with the trio, Auxiliary Constable Von Kampen was nominated for the Community Volunteer Award, after spending much of her free time with the RCMP and Citizens on Patrol.

The detachment’s Victim Services Volunteers were also nominated for the Unsung Hero award.

“Victim Services is based in the Comox Valley RCMP Detachment and are supported by highly trained volunteers from our community,” read the release.

“They work directly with police to provide emotional support, information and referrals to victims of crime – 24 hours a day, 7 days a week. The Comox Valley RCMP are proud to work with all of these heroes.”