Mile of Flowers a success 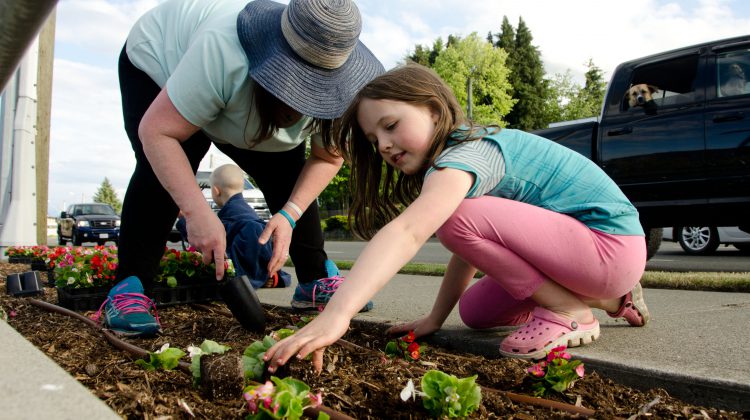 Sofia Robichaud and her mother April plant flowers during the Mile of Flowers planting on Wednesday evening. Photo by James Wood/98.9 The Goat/Vista Radio

COURTENAY, B.C- A colourful event in Courtenay has marked another successful year.

On Wednesday evening, volunteers planted thousands of flowers along Cliffe Avenue for the city’s Mile of Flowers, a yearly event in Courtenay that has taken place since 1967.

Volunteers worked across the beds, with local families and groups coming out to plant and grab a hot dog at a barbeque given for everyone involved. According to Tyler Johns, the City of Courtenay’s head gardener, more than 30,000 flowers were laid out this year for planting.

He also said that the plants this year were “huge”.

“We’ll have to give them a little extra water right off the bat, but we’re working on drought tolerance and picking plants that don’t need as much through the course of the summer,” said Johns.

He thanked everyone for pitching in to create a “beautiful entrance” to the town, allowing everyone to have a fingerprint.

“It’ll be a mix of a dozen colours and heights,” said Johns.

“It attracts pollinators, it’s sort of the best of beauty and functionality for a city garden.”