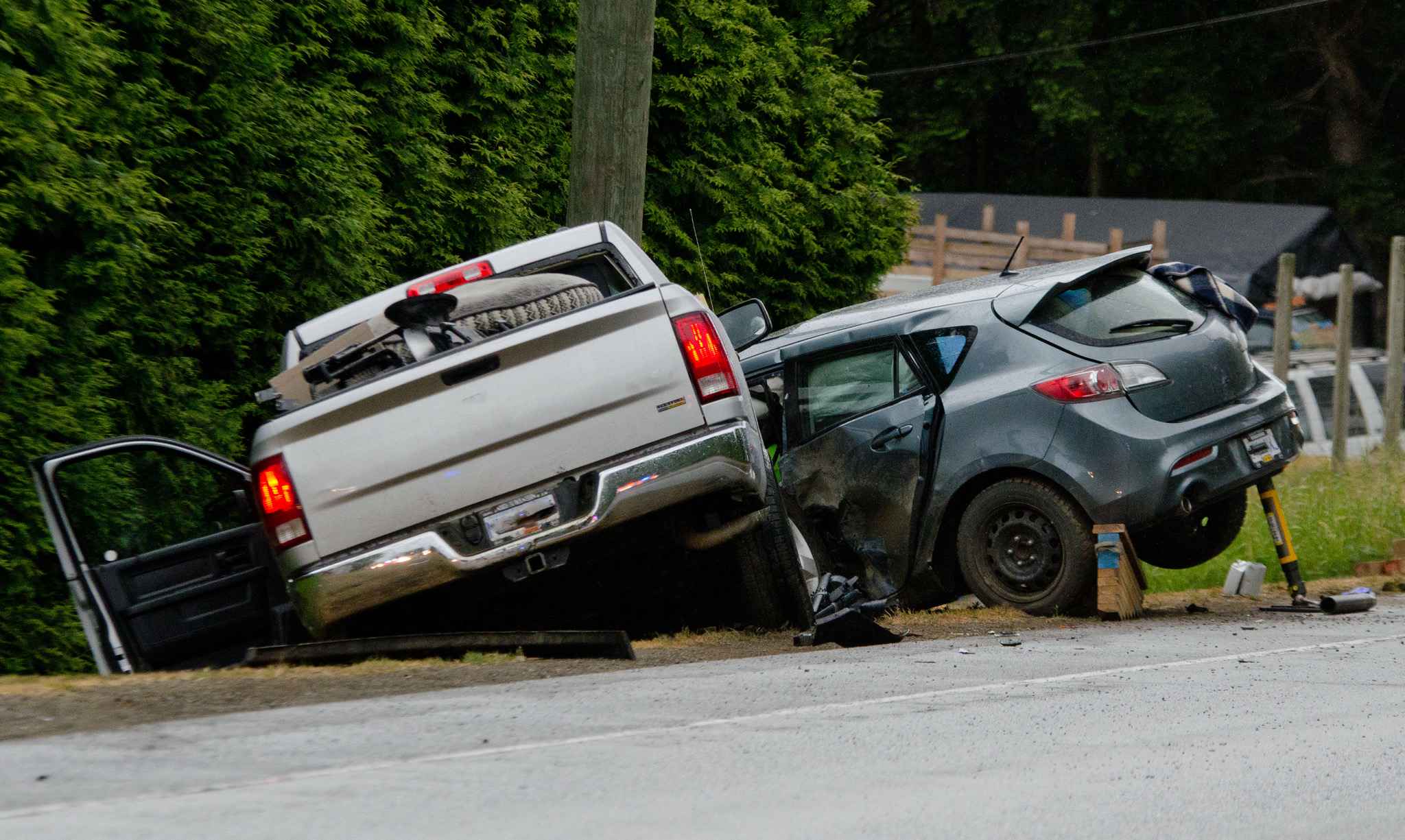 BLACK CREEK, B.C- One person has died in a vehicle accident today.

Highway 19A is between Courtenay and Campbell River closed this afternoon due to the accident, which happened at around 1:30 this afternoon.

Two vehicles were involved, both with one driver, a power pole was hit near the intersection just north of the Black Creek Community Church.

According to first responders, the driver of the truck involved was dead at the scene.

The second driver was taken to the hospital with non-life threatening injuries.

A report from CHEK News has indicated that the driver of the car was the person who passed away in the incident. MyCampbellRiverNow.com will be reaching out to the RCMP for confirmation on the file.

Traffic is being diverted to Howard Road for those traveling north on the Old island highway, and Hamm Road for traffic going south.

BC hydro is currently cleaning up at the scene, they anticipate some power loss in the area.

Updates on outages are is available at www.bchydro.com