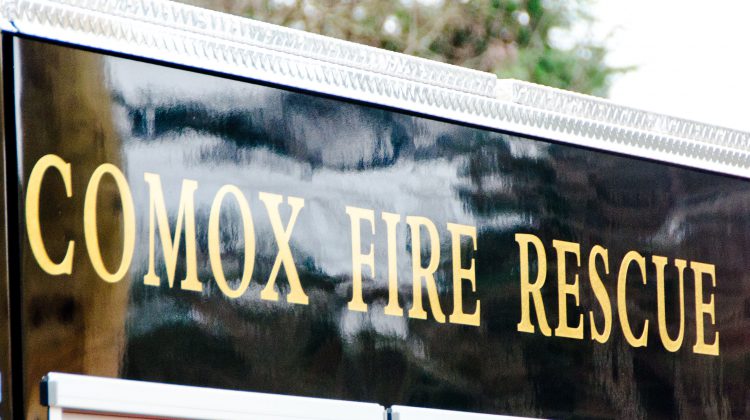 The crash occurred around 4:45 p.m. along the northbound lanes of the route in Saanich, as two senior members of Comox Fire Rescue and a member of the Hornby Island fire department were heading home from a firefighting conference.

Comox Fire Chief Gord Schreiner said that one of the members from Comox suffered a medical issue while driving a fire department vehicle, and blacked out behind the wheel.

The vehicle lost control, swerved into a ditch, cut across two lanes of traffic and struck a cement barrier, rolling over afterwards.

According to Schreiner, the driver was taken to Royal Jubilee Hospital, where he was held overnight for observation.

The other two firefighters were taken to hospital and treated. All three have now been released, though the driver will be undergoing additional testing in the Comox Valley upon his return.

“We’re very relieved that the injuries are not serious,” said Schreiner.

“Everybody has more or less come out in an ok way. We are concerned about our long-term health of our one member, who had the fainting episode. It’s very, very unusual, there’s no history of that, so we’re concerned. We’d also like to thank all the emergency services who helped during the accident and reached out to the fire department with their thoughts and prayers.”

The identity of the men has not been released, and Schreiner indicated that the vehicle involved will likely be a write-off.

Brooks was driving at the time of the crash.

“We’re pleased that they’re on their way home,” said Schreiner.

“We’re looking forward to learning more from them and hoping that they continue to be healthy.”