Update: one dead, two sent to hospital after Malahat crash 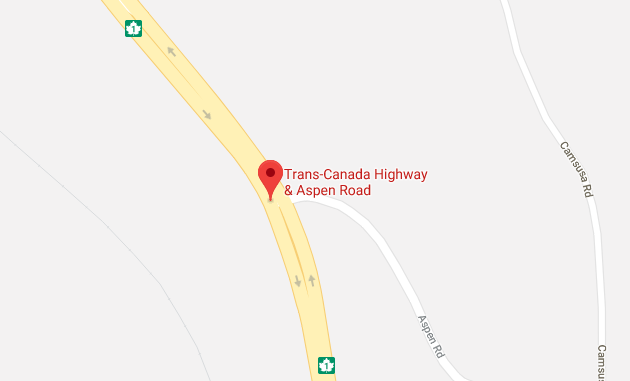 Update: The B.C. Coroners Service has confirmed one fatality from today’s accident on the Trans-Canada Highway. Two people were sent to hospital as a result of the collision.

JUAN DE FUCA, B.C. – A collision has caused a major traffic delay on the Trans-Canada Highway in both directions.

According to a report from CHEK News, emergency crews were called to the scene, just north of Aspen Road in the 4200-block of the highway, at around 1:00 p.m.

CHEK reported that two people were taken to hospital with serious injuries.

A notice from Drive B.C. states that the highway is open to single-lane alternating traffic, and drivers should expect congestion and delays as the scene clears up.

Photo caption: The collision was reported to have happened just north of Aspen Road on the Trans-Canada Highway. Photo sourced from Google Maps.