Stolen scooter recovered in the bush after weekend theft 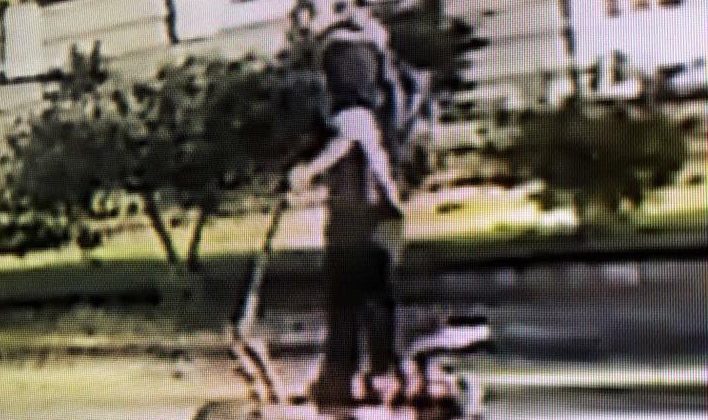 A still of the man riding the scooter.

COURTENAY, B.C- A resident of the Valley has been re-united with their wheels.

Quinn Girard, who lives along 5th Street in Courtenay, was the proud owner of a custom motorized scooter until it was taken late at night on Sunday. Security footage from Girard’s yard showed an individual with a flashlight approaching the home, and picking up the scooter.

While looking for the scooter, Girard was sent additional footage that appeared to show a man riding it down Copperfield Road, leading to a trail that opened onto the Comox Logging Road.

When reached for comment on the theft, Girard was upset, and stated he had wanted a scooter for 16 years. He also regretted the video quality of his security camera.

“Mine, I thought it was decent enough, but it wasn’t. Keep stuff locked up. Any of your kids stuff, just make sure and keep an eye on it, because in this Valley right now stuff is going left right and centre, and it’s not fair to kids, it’s not fair to adults, that have spent money and time and hours into their stuff. In general, it disgusts me.”

However, Girard’s search was fruitful. Shortly after 12:30, the scooter was found in the bush, just off of Slade Road.

“A few repairs need to be done and only one thing missing from it,” said Girard, in a message to MyComoxValleyNow.com.

“Can’t complain at all, just happy to have it back.”

Girard plans on reporting the scooter’s serial number to the RCMP tomorrow.