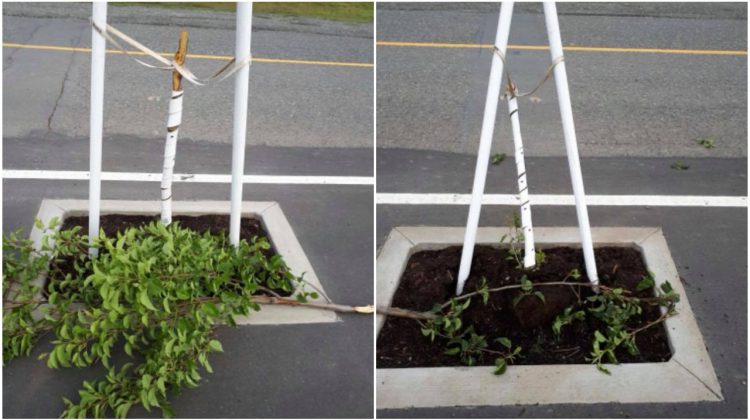 Images of one of the damaged and one of the destroyed trees in Cumberland. Photo courtesy Angela Coup Bosse.

CUMBERLAND, B.C. – The Village of Cumberland wants to know who vandalized its trees.

According to Sundance Topham, the village’s CAO, trees were destroyed and damaged along the safe biking and walking path to the Cumberland Forest from the Cumberland Recreation parking lot.

“The trees were new as of this spring. We put a dedicated bike lane in, and added the trees to it,” he said.

Topham said the plan is to move forward and replace the trees. 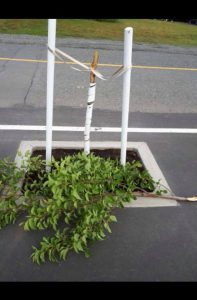 “We can’t let vandalism stop it. It’s just unfortunate because it costs money, but we will be replacing them,” he said.

Topham and fellow staff members are asking anyone with further details to contact the Village of Cumberland.

“The village doesn’t have any security cameras on the street there, we’re hoping maybe one of the neighbors has some information they can provide,” he said.

Topham noted that a report has been filed with the Comox Valley RCMP.