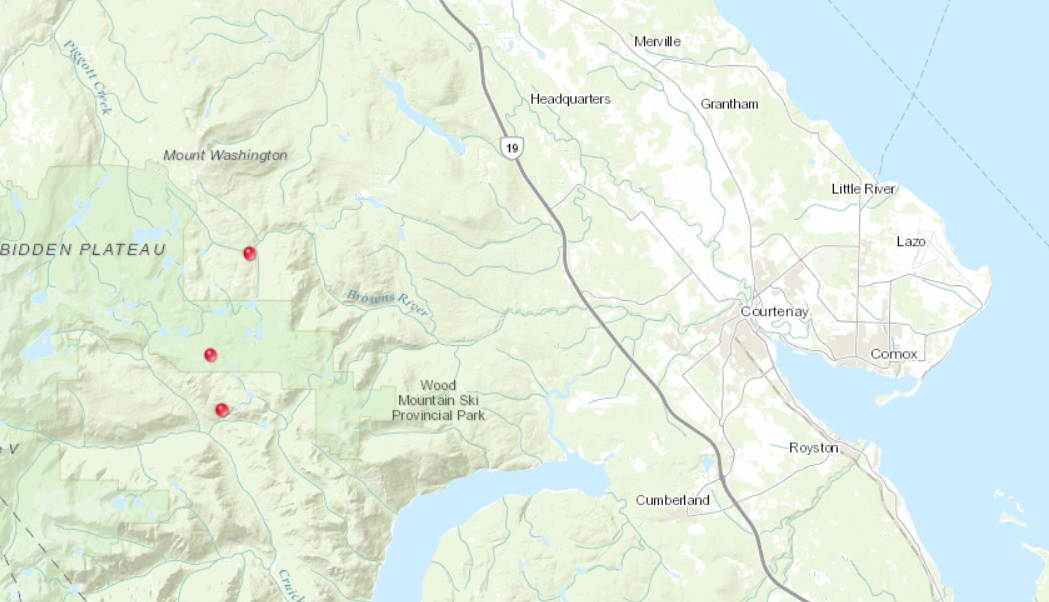 COURTENAY, B.C- A trio of wildfires have sprang up west of the Comox Valley.

According to the BC Wildfire Service, the three fires were reported yesterday.

The fires come after a storm passed through the mountains west of the Valley last night. One fire was already reported west of Helen Mackenzie Lake in the Forbidden Plateau area, close to the foot of Mount Allan Brooks, but has since been removed from the service’s wildfire map.

The three new fires are in a rough, widely-spaced line, running south of Paradise Creek.

The first fire is in the area of Paradise Creek, burning out of control and estimated to be less than a hectare in size.

The second is located three miles southeast of Mount Washington, burning out of control and around 0.60 of a hectare in size.

The third is located five miles southwest of Mount Washington, burning out of control, and is 0.30 of a hectare in size.

All three are believed to have been caused by lightning.

All fires burning across the North Island area can be viewed via this link.