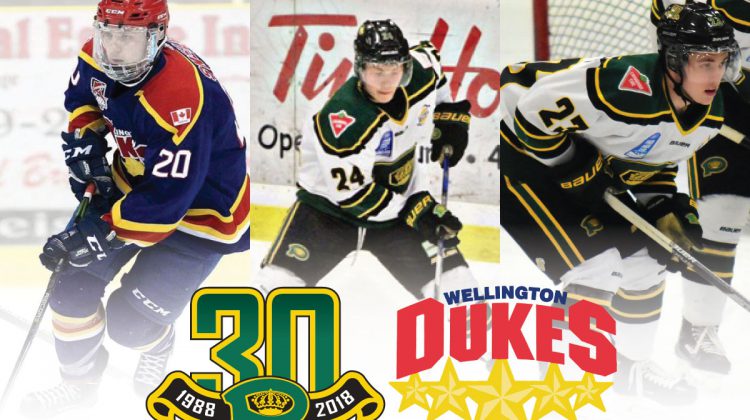 POWELL RIVER, B.C. – The Powell River Kings have made another off-season move.

The BCHL squad has agreed to a trade with the Ontario Junior Hockey League’s (OJHL) Wellington Dukes. The deal will see defenseman Callum Volpe, forward Nick Abbott and future considerations off to the Dukes.

In exchange, 2000-born defenseman Mason Snell will join the Kings.

Last season, Snell split his time with the Whitby Fury and Dukes. In 43 games, he scored six goals and 14 assists. He also committed to Penn State’s hockey program for the 2019/2020 season.

In the Dukes’ 25 playoff games last season, Snell had 13 points and helped the team to an OJHL championship and Dudley Hewitt Cup.

He also scored twice in six games of the Royal Bank Cup, which the Dukes inevitably lost to the Chilliwack Chiefs in the final.

Volpe dressed up for the Kings in 77 games. The blue liner scored 11 goals in the BCHL and assisted on 39 more.

Abbott played his rookie season with Powell River last season, scoring twice and assisting on three goals in 25 games during an injury-shortened campaign.

In a release, the BCHL team said, “the Kings would like to extend a heartfelt thank you to both Callum and Nick for their outstanding contributions to the Kings organization during their time here, while also welcoming Mason to the Powell River family.”