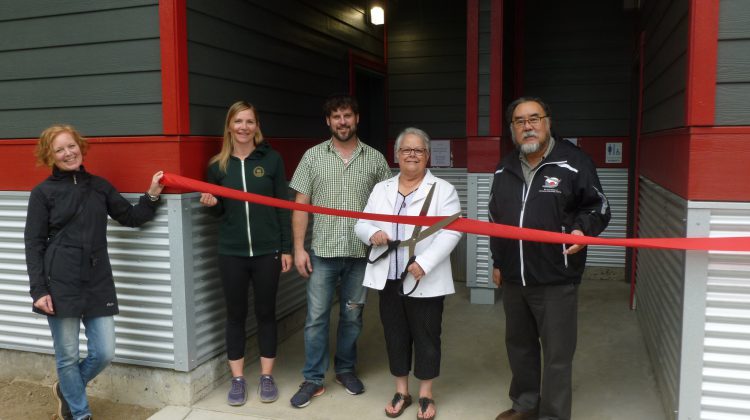 CUMBERLAND, B.C. – The Village of Cumberland is excited to announce the opening of a new amenity at Cumberland Lake Park.

The new washroom building was unveiled this week.

It features a washroom with four private showers, which doubles the number of units previously offered, a private family washroom and accessible features.

The project also included structural improvements to the neighboring concession building. That work included a new roof, reconstruction of the covered canopy, and updates to the façade.

“We are excited to complete this project, which will better serve both residents and park day users, as well as campers and visitors to our Village,” said Mayor Leslie Baird, in a village-issued release.

“We look forward to continuing to make improvements to Cumberland Lake Park as we work to implement the Park Master Plan.”

The Cumberland Lake Park Master Plan was devised in 2014. Next on the agenda is to fix up the interior of the concession building.

This includes pursuing funding to acquire commercial kitchen equipment that will boost the amount of items offered on the menu.

Amenities at Cumberland Lake Park include a public beach and picnic area, as well as campsites, a boat launch and wilderness trails.