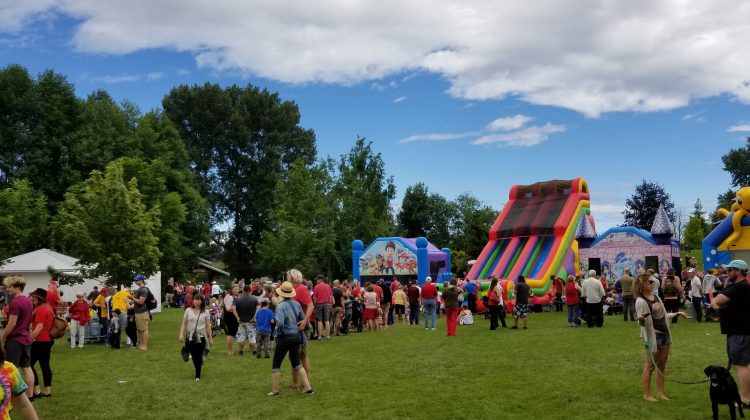 Attendees enjoy the Canada Day festivities at Simms Park in Courtenay on July 1, 2018. Photo by Justin Goulet/98.9 The Goat/Vista Radio.

COURTENAY, B.C. – Canada marked its 151st anniversary on Sunday, and the Comox Valley celebrated in style.

Residents and visitors alike had the chance to enjoy a variety if activities, including the annual parade down 5th Street, and the 31st annual Ducky 500 at Lewis Park.

Food vendors, live music and family fun filled the space at both Lewis and Simms Park, and the activities continued even with a bit of rain in the afternoon.

Ian Learby was declared the winner of the Rotary Club of Comox’s Ducky 500 race, with Dave and Julie Rogers finishing in second.

First prize was a three-night stay at the Grizzly Bear Lodge on Minstrel Island. Included in the trip is float plane service from Campbell River to Minstrel Island, grizzly bear watching, whale watching and a wildlife tour.

Second place earned a family vacation for four, with airfare to Calgary, a four-day car rental, three nights accommodations and a pass for four to the Calgary Zoo.

The third place winner gets an adult getaway to Painter’s Lodge, which includes a day of fishing for him and a day at the April Point spa for her, plus two nights accommodations.

Young musicians hit the stage at Simms Park for the Battle of the Bands.

Detour came in first place. The band won an eight-hour recording session at Dove Creek Studios, to record a single to be played on 98.9 The Goat FM.

The Farley and Izy Duo came in second, earning a $300 gift card to the Long & McQuade musical instruments store.

All photos by Justin Goulet/98.9 The Goat/Vista Radio. 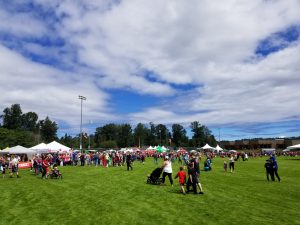 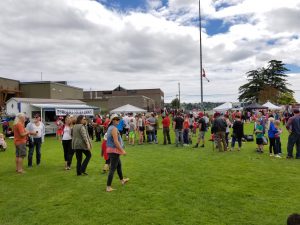 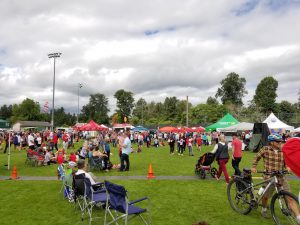 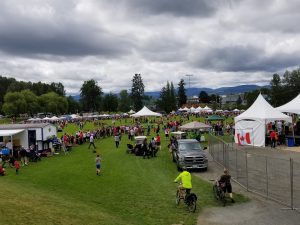 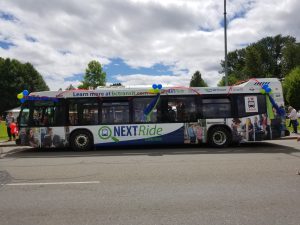 BC Transit’s NextRide demo bus was on display as part of the festivities. 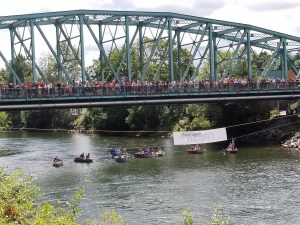 Duck catchers get set to collect the ducks as they cross the Ducky 500 finish line as spectators look on. 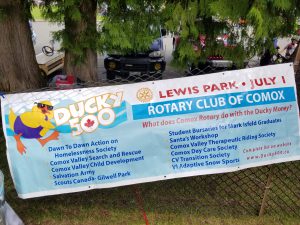 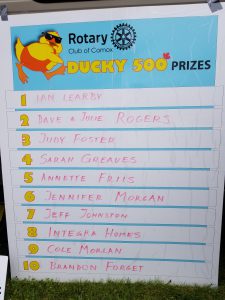 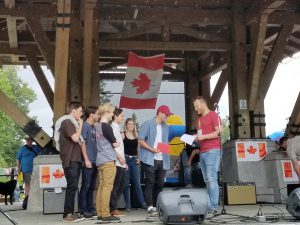 Detour receives its first place prize from 98.9 The Goat FM’s Big Ginger during the Battle of the Bands.