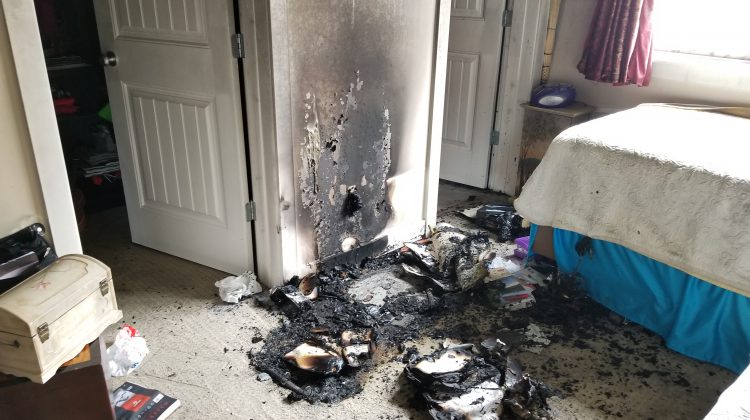 One room in a Courtenay apartment building was damaged due to fire on Sunday, July 8 2018. Photo by Justin Goulet/98.9 The Goat/Vista Radio.

The incident was first reported at around 10:30 a.m.

Crews responded to The Tides apartments, located by the Courtenay Airpark on 20th Street and found flames in a second floor unit. Damage sustained from the fire. Photo by Justin Goulet/98.9 The Goat/Vista Radio.

One of the two residents in the apartment told MyComoxValleyNow.com that a candle had been left unattended.

The two people in the residence did not suffer any injuries.

The damage was contained to one room in the apartment.

Tenants were evacuated from the building while firefighters investigated. Foam residue from Courtenay Fire’s response to an apartment building on July 8, 2018. Photo by Justin Goulet/98.9 The Goat/Vista Radio.