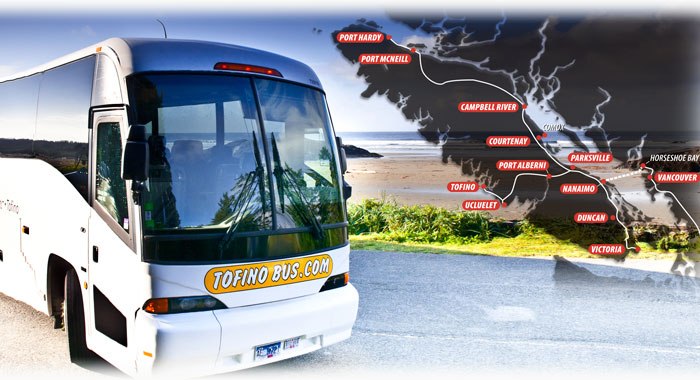 COURTENAY, B.C. – Greyhound Canada announced on Monday that it’s cancelling all of its passenger and freight services in Alberta, Saskatchewan and Manitoba.

The company is also cutting all but one of its routes in British Columbia, a U.S.-run service between Vancouver and Seattle.

However, the announcement is not going to really have a major impact for customers on Vancouver Island and the Coast, according to Tofino Bus’ Marketing Manager, Darcy Lefebvre.

“On the Island, it’s more on the freight side that it affects us,” he said.

He noted that anyone on Vancouver Island can ship a product across the Island through Tofino Bus, or the company can connect him or her to Greyhound’s North American network.

Lefebvre said the company is going to look to create new partnerships before the end of October in order to connect people’s packages from the Island to their destination.

“We’ve taken that (Greyhound passenger service) over. All the Greyhound depots that you see on the Island have been managed by Tofino Bus, most of them for a couple of years,” he said.

“The important thing for us is just to let people know that it is still business as usual. We still take people’s freights. We’re up to five busses a day, up and down the Island. Nothing’s really changed as far as Vancouver Island goes.”

“We had a little bit of change-over, especially on the South Island, when there was the big announcement that Greyhound was pulling service from the Island (in early 2018), but that wasn’t really the case because we (Tofino Bus) were really taking over the service,” he explained.

“There was no actual cut in service. In fact, we actually increased service on that side of the Island.”

He said over the year, Greyhound’s been slowly dropping its services on the Island.

“Greyhound’s been slowly pulling out over time, and I think now people are starting to notice it (more),” he said.

“There’s interline partners all over Canada that have been servicing these networks for years, and Greyhound really hasn’t done very much except sell their tickets.”

He said customers can ship their products through Tofino Bus.

The bonus in that is that rates will be “cheaper” because there will not longer be a third party (Greyhound) involved, according to Lefebvre.

“We’ll be able to do a lot more things that we weren’t able to do with that third party there, so it should be a good news situation overall. It’s a little stressful in the beginning, but I’m thinking it’s going to work out pretty good,” Lefebvre said.

“When a company is so big and head office is from far away, it’s really hard to offer a good niche service that Islanders can depend on, but when you live here, and you have people in each town, it makes it a little easier. We’re hoping we can take that (service) on and do a little better with it.”