MusicFest a sort of homecoming for The Fretless 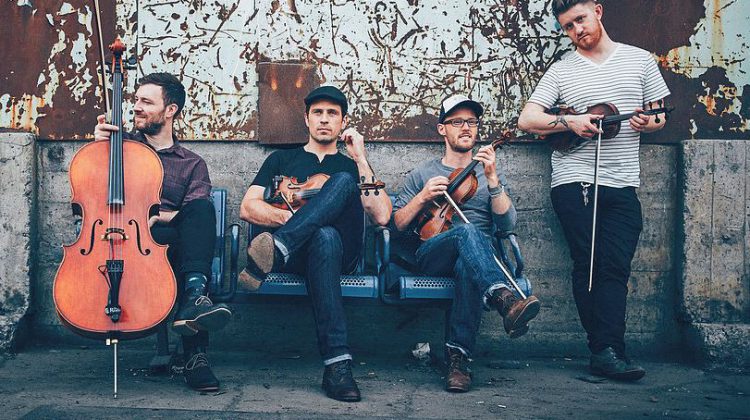 COURTENAY, B.C. – For Trent Freeman, home is where Vancouver Island MusicFest is.

The 29-year-old, who grew up in the Comox Valley, is one quarter of the four-piece band The Fretless which is scheduled to perform at the North Island’s largest music festival, taking place this weekend at the Comox Valley fairgrounds.

“Even after travelling around to countless (festivals) every summer, it still has a vibe,” Freeman told the MyComoxValleyNow.com in a phone interview. “The whole experience as a performer is fantastic. The hospitality’s great.”

Consisting of Freeman (fiddle, viola), Karrnnel Sawitsky (fiddle, viola), Eric Wright (cello), and Ben Plotnick (fiddle, viola), The Fretless has toured and recorded together since 2012, winning multiple Canadian Folk Music Awards, Western Canadian Awards, and most recently, a JUNO Award for Instrumental Album of the Year, according to the band’s Facebook bio.

Freeman is no stranger to MusicFest. It was the first festival he ever played – he had his first taste of the festival at just 11 years of age.

“That was my first stage experience,” Freeman said. “I teamed up with some local backup players to accompany me.”

The thrill of playing MusicFest hasn’t worn off.

“It’s still one of my favourite festivals,” Freeman said.

Every weekend a reunion

Before MusicFest, the band was spread across North America.

“Two are in Toronto, one’s in Nashville and I’m in Vancouver,” Freeman said. “And we’re descending on the (Comox) Valley for a weekend.”

Every weekend, the band unites to play shows.

“It’s sort of a reunion every weekend,” Freeman said. “Then we get to go home in between.”

For more tickets and info on this weekend’s festival, which kicks off today and runs to Sunday, visit www.islandmusicfest.com.