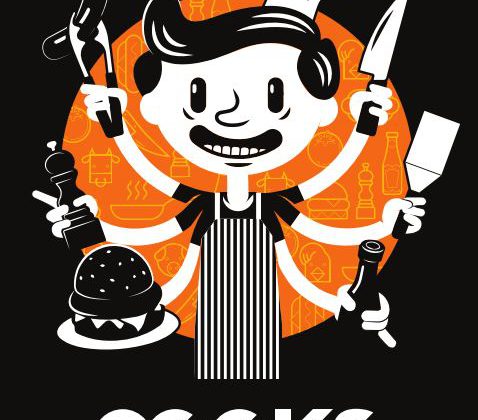 And it’s an unabashedly simple business model – one that its founders hopes will hit the spot.

Galbraith said he and Matthews have a combined 30 years experience in the restaurant business and are looking to raise the bar when it comes to dishing out burgers and fries, quickly, to hungry village visitors.

“We just kind of noticed that fast food had been left to rot, so to speak,” Galbraith said. “Not a lot of actual cooking happens in those restaurants. We saw an opportunity to apply our skills and knowledge to that type of food.”

Once the doors open, Matthews and Galbraith will be frying up burgers and fries from scratch.

“We’re going to see if that works,” Galbraith said.

The goal is to literally serve “fast food.”

The menu can be described as classic, following the American fast food models of early McDonald’s and today’s popular  In-N-Out Burger and Shake Shack franchises.

“No crazy ingredients, not tons of different animals or anything like that,” Galbraith said with a chuckle. “Just a very, very classic burger.”

The foundation burger will be the Cooks Classic, with the choice to add bacon, cheese or patty. There will also be a “loaded up” version of the burger called the Cooks Deluxe.

“That’s just double everything,” Galbraith said, noting, “we’ll be doing a fried chicken sandwich and a grilled cheese sandwich to fill that vegetarian void. Eventually we’ll be making hotdogs but not right off the hop.” 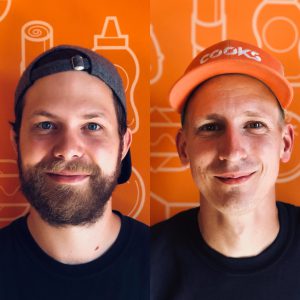 Galbraith said Cooks may someday branch out and if it does, the goal is to stick with the original formula.

“All of those franchises started somewhere,” he said.
“There’s very little cooking that takes place in any of those kitchens. I’m not sure if anybody holds a knife or does anything from scratch. Even a pretty lousy fast food hamburger is pretty good but I think it’s easier to make a dent when you actually do these things from scratch and do them properly. It’s so rare to find these things.”

Cooks will be located on Third Street in Cumberland across from Randall’s Auto Body Shop and close to Cumberland Brewing Company.

The goal is to open within the next couple of weeks.