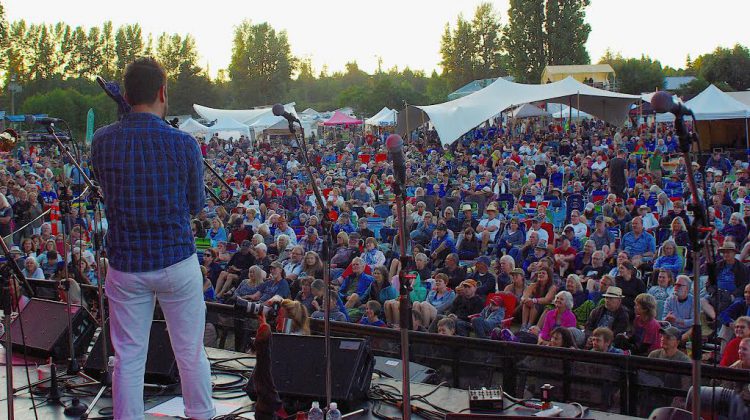 COURTENAY, B.C. – Thousands of music-lovers were happy to weather the blazing heat at the Comox Valley Exhibition Grounds over the weekend.

“We sold out the Saturday, there were still a handful of tickets left over for the Sunday… the site capacity was at 10,000 and we were near capacity,” Wood said.

There were no major incidents during the festival, Wood pointed out. “There wasn’t anything terrifying or untoward. It’s MusicFest. Everybody loves everybody.”

Wood said it was a great weekend all-around.

“It was very successful,” she said. “We had a bunch of really happy people; the entertainment on the stages was fantastic. Nobody complained about anything.”

“I felt like it was over way too fast for me,” Wood said. “It was a great show.” 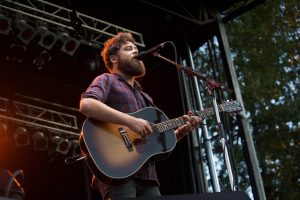 The heat, which flirted near the 30 degree Celsius mark at times over each of the three days, wasn’t a factor according to Wood.

That’s thanks to the water crew who ensured MusicFest visitors were well hydrated, handing out water bottles and spraying water on anyone who needed a cooldown.

Highlights for Wood was the performance of one of the headliners, Walk Off The Earth, who she said “just blew everybody away.”

“They were just fantastic, had a great light show, great sound, a little bit of pyro… it was really, really fun.”

She added that fans of slide guitar player/vocalist Ry Cooder were mesmerized by his roots and blues performance.

“It was wonderful to watch those faces look as entranced as the young faces looking at Passenger, so we really crossed a bunch of generations with this show,” Wood said.