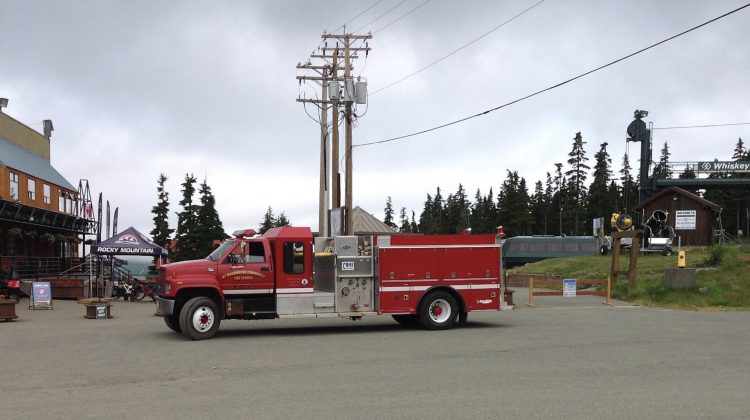 MOUNT WASHINGTON, B.C- The Comox Valley’s ski resort has received a firetruck for the summer.

The Oyster River fire department, which took over fire protection for Mount Washington on Dec.1, 2017, has placed their dedicated truck for the area at the resort for the summer.

According to Fire Chief Bruce Green, the department is still waiting for a hall on the mountain, but it may not be available for another year or so.

“We felt it very imperative to have it on the mountain. We worked with the resort to find an area to put it, and we put it up on the mountain today.”

Green stated the biggest benefit was the time saved in getting a fire engine up the road to the summit for calls.

“We can transport people up from the fire department in a regular sized vehicle a lot quicker to the scene than taking an engine up there,” said Green.

“It’s a lot harder on the big engines, up and down the mountain.”

He believes it will enhance reaction time, and mentioned the presence of trained firefighters at the top of the mountain who will be able to knock down anything that springs up.

“For now, it’s going to stay up there all summer, and when the winter comes we’ll bring it down the mountain because of the cold weather, but the long range plan is for the hall to be built within the next couple years,” said Green.

“When the hall is built it will be staying up there permanently.”

Green believed it was a very positive thing, and a step forward for Mount Washington fire coverage.