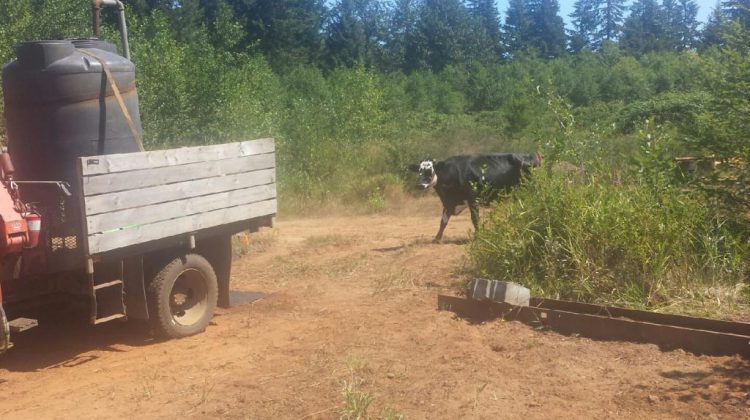 A photo of the black and white cow. Image courtesy of Charlotte Fulton.

MERVILLE, B.C- A small group of cows has caused a complaint in the Merville area.

According to Charlotte Fulton, who lives at 1330 Williams Beach Road, a group of around eight to ten cows have been wandering in the area at the end of Jones Road for the last three days.

The majority of the cows are brown and white, with one black and white cow. She did not know if the animals had a specific branding mark. 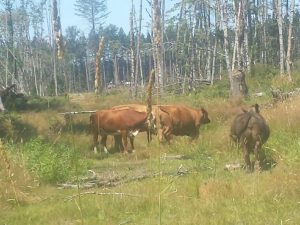 A photo of the cows. Image courtesy of Charlotte Fulton.

Fulton said the cows have been drinking out of her swimming pool, and have damaged the pool’s pump.

She scared them away this morning, but believes they are still in the woods nearby.