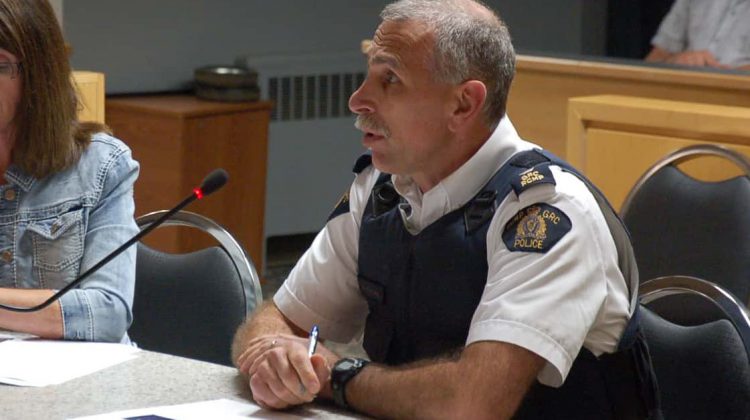 COURTENAY, B.C- The new leader of the Valley’s RCMP detachment has been announced.

According to Constable Monika Terragni, the spokesperson for the detachment, the incoming top cop is Inspector Mike Kurvers, most recently of the Fort St. John RCMP.

A news article from www.energeticcity.ca states that Kurvers previously announced his retirement from the police force in June of 2018, after 28 years of service. He had been working in Fort St. John for the past four years.

The article also broke down Kurvers’ service record, which started in Moosomin, Saskatchewan in 1990. After Moosomin, Kurvers’ went to Richmond and Mission in B.C, spending seven years with the Emergency Response Team (roughly equivalent to SWAT). He later went to the West Shore RCMP.

That posting was followed by stints in Burnaby and Richmond, serving as the detachment’s liaison for the city’s plans for the 2010 Winter Olympics.

After Richmond, he headed back to Victoria to work with the Federal Serious and Organized Crime Unit. His next move was to Fort St. John, taking up the command in 2014. He announced his retirement

Terragni did not provide an exact date for when Kurvers would arrive, but did say officers were looking forward to working with him over the coming months.

The policing area for the Valley detachment covers multiple communities, including Cumberland, Comox, Courtenay, K’ómoks First Nation, and both Denman and Hornby islands.