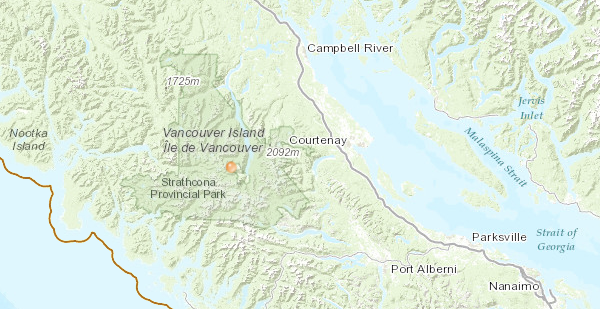 A map of the affected area, courtesy the Coastal Fire Centre.

CAMPBELL RIVER, B.C. – Coastal Fire Centre crews continue to work on a trio of wildfires near the Myra Falls mine in Strathcona Park.

“The third one is next to be called under control, and things are looking positive,” she said.

Jakobsen noted that she’s hopeful that the third fire is under control by the end of the day Monday.

However, she said it’s difficult to speculate whether or not that will be the case.

Two crews and two helicopters are on scene. The Coastal Fire Centre said that lightning caused the fires on Friday night.