RV burns up in Merville 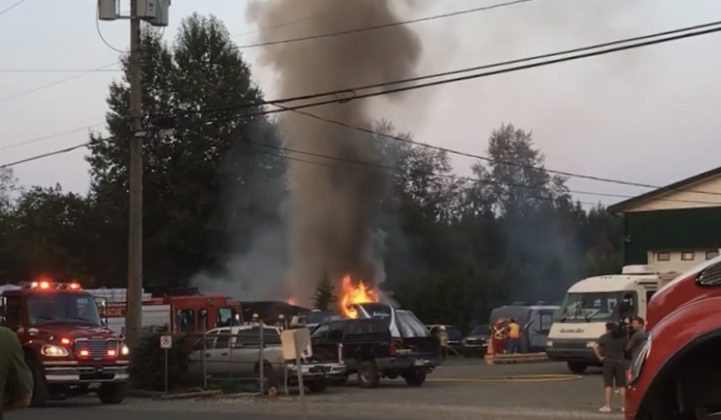 The fire is pictured close to the intersection of Merville Road and the Old Island Highway around 9 p.m. on Monday, July 30th, 2018.

MERVILLE, B.C- A vehicle went up in flames at Arbutus RV tonight.

Around 9 p.m. on Monday night, firefighters from Oyster River and Courtenay responded to the fire at the intersection of the Old Island Highway and Merville Road, which is believed to have destroyed one RV.

Sylvain Beaudoin, who filmed part of the incident, stated that the vehicle was “totally gutted”.

A shed used to fill propane tanks also caught fire, according to the Comox Valley Record.

As of 9:40 p.m., the fire had been contained and the scene was under control.

No injuries were reported from the incident.

More information will be added to this story as it becomes available. Information from the fire services is not available at this time.