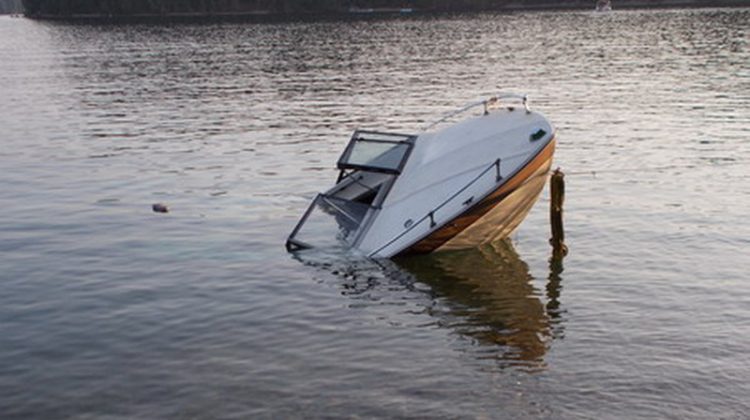 A photo of the powerboat in the water, courtesy RCMP Corporal Ron Vlooskwyk.

CAMPBELL RIVER, B.C. – The Campbell River RCMP is investigating after a boat collided with a Seadoo over the weekend.

Corporal Ron Vlooswyk said the report came in at around 4:30 p.m. on Saturday, July 28th. A Seadoo struck a powerboat in the waters of McIvor Lake.

The RCMP, Campbell River Fire, Emergency Medical Services Ambulance and an EMS helicopter were dispatched to the scene.

Early investigation indicates that the two vessels were approaching each other at a high speed.

The powerboat veered away sharply but was struck by the Seadoo.

The boat sank and left six occupants in the water. Children in the boat were reported to be wearing life vests, but the adults were not. 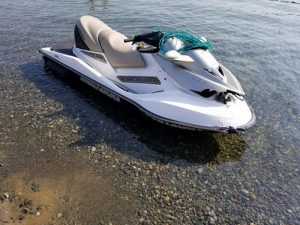 The driver of the Seadoo suffered minor scrapes and bruises.

Both vessels were removed from the water and seized for inspection. The investigation has determined that alcohol was involved, but it has not been decided if it was a factor in the collision.

Vlooswyk said McIvor Lake is a popular recreation spot for visitors and residents.

“Two separate patrol shifts on the lake during the weekend of this collision generated 15 and 20 violation notices prior to the collision,” he said.

“The majority of the infractions are for not having life jackets and not having a Pleasure Craft Operator Card.”

In Canada, 100 people die each year in boating incidents.

The Campbell River RCMP is asking all boaters, including paddle boarders and kayakers, to be vigilant on the water and remind powerboat operators that drinking and operating boats is the same as impaired driving under the Criminal Code.

More details about safe boating can be found via this link.