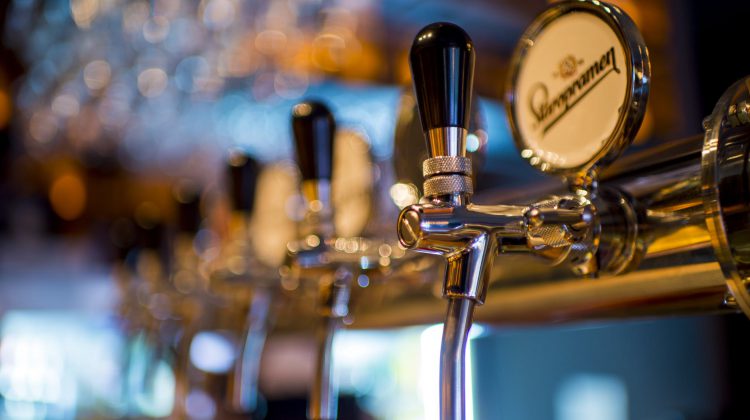 COMOX, B.C. – Two new breweries could be coming to the town of Comox.

Council will be discussing two proposals at its meeting tonight.

The first proposed brewpub would be located at 2040 Guthrie Road, and is listed under the name Land & Sea Brewing Company Ltd.

According to the company’s proposal, the brewery’s target audience would be adults aged 30-plus and the building would feature a capacity of 99 people.

The second brewery to be discussed is listed under the name New Tradition Brewing Company. It would be located at 215 Port Augusta Street, within the Comox Centre Mall complex.

The space would feature a capacity of 110 people. That includes 81 indoor lounge seats, and 28 patio seats, plus four staff members on hand.

Comox Mayor Paul Ives said it was an exciting time for residents, and the addition of new breweries would be a major boost to the town.

“I think that there’s been a lot of demand in the community for that kind of facility (breweries), especially with the growth in that industry in the Comox Valley and elsewhere,” he said.

“The other one (tap house) on Church Street has broken ground now, so they’re probably a few more months away but these other ones in the mall and on Guthrie should be up and running for business once they get their liquor licenses in place over the next few months.”

He noted that this will give people many more options for craft beers and local foods.

He also explained that the incoming tap house on Church Street will not be brewing its own beer, but rather showcasing the products of local and BC-based breweries.

“I think it’s nice to have something in the community where people can walk to, of course we’re always concerned about drinking and driving and those kinds of issues,” he said.

Ives also added that with the explosion of local breweries across the province, it’s going to be nice to see Comox make its mark on the craft scene map.

“At one time, we had four active liquor licensed establishments in town – the Leeward (Liquor Store), the Lorne (Hotel), and of course the Blackfin (Pub) being the primary ones and then the Legion, so we’ll kind of be getting back up to that compliment that we used to have,” he said.

The Comox Legion will also be in focus at tonight’s council meeting.

The proposal is to reduce the person capacity to 175 people in alignment with current zoning regulations.

Hours of operation would remain unchanged.