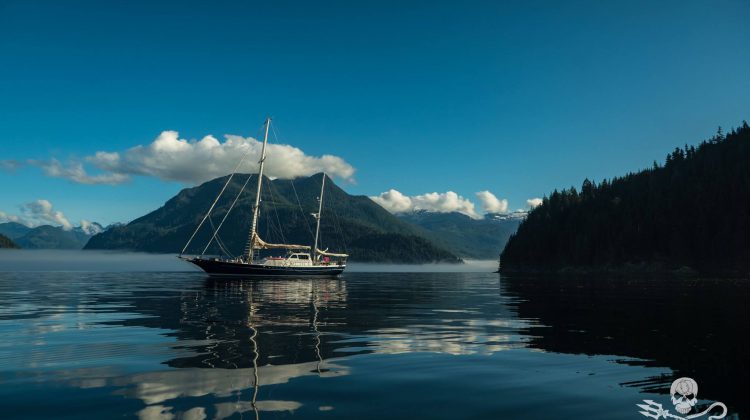 The RV Martin Sheen, photo from the Sheen's Facebook page.

NORTH ISLAND, B.C – Anti-fish farm activists are going to have to stay a little further away this summer.

According to a B.C Supreme Court ruling document, Judge Miriam Maisonville granted salmon farming company Marine Harvest an “interim injunction”, wherein all members of the public must stay outside of a “buffer zone” near the farms.

All, except activist and biologist Alexandra Morton.

Morton is permitted within the zones, which will be marked by buoys, but she can only use a boat that is up to 2.6 metres (8.5 feet) long.

Judge Maisonville said that given the evidence of “intimidation carried out against Marine Harvest’s employees” – space is necessary.

“Having a buffer zone will dissuade and prevent incidences such as that deposed to by Michael Dobbs of the kayakers who placed themselves in between large vessels carrying and delivering fish to a farm at the Swanson farm structure on April 2, 2018 between the compensator buoys and the fish farms.”

Maisonville went on to say that the history of activists activities around fish farms was part of the ruling.

“The evidence before the court establishes that there is a high degree of probability that the defendants will continue to cause harm to Marine Harvest through tortious conduct at its other sites if the injunction is not granted in anticipation of the defendants’ future conduct.”