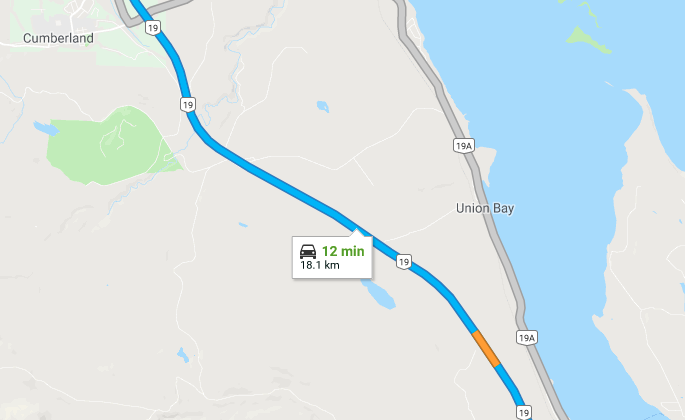 Filming for a Sonic the Hedgehog movie would take place along Highway 19 between Buckley Bay and Exit 117. Google Maps photo.

COURTENAY, B.C. – Sonic the Hedgehog could be coming to Courtenay.

At their meeting tonight, Courtenay council will receive a letter from the Vancouver Island North Film Commission.

Filming for an upcoming Sonic the Hedgehog movie was originally planned to take place along Highway 19 between Buckley Bay and Cook Creek.

However, due to paving work that came to light after the plans were made to film at that location, it was decided that a new spot was needed.

Hedgehog Film Inc. is now working with the Ministry of Transportation to reposition the filming to a section of Highway 19 between Buckley Bay and Exit 117 (Cumberland/Courtenay/Comox).

September 16th and 17th have been listed as backup days in case of rain.

A detour route onto Highway 19A has been set up during filming hours, and Hedgehog Film Inc. will work to reopen the highway once production is completed each day, according to the letter submitted to council.

A secondary filming location was also proposed, at the Campbell River bypass of Jubilee to Willis Road. Prep on the original location was four months into the planning stage when it was discovered that paving would be taking place.

Courtenay council will receive and discuss the request at its meeting tonight, scheduled for 4:00 p.m.