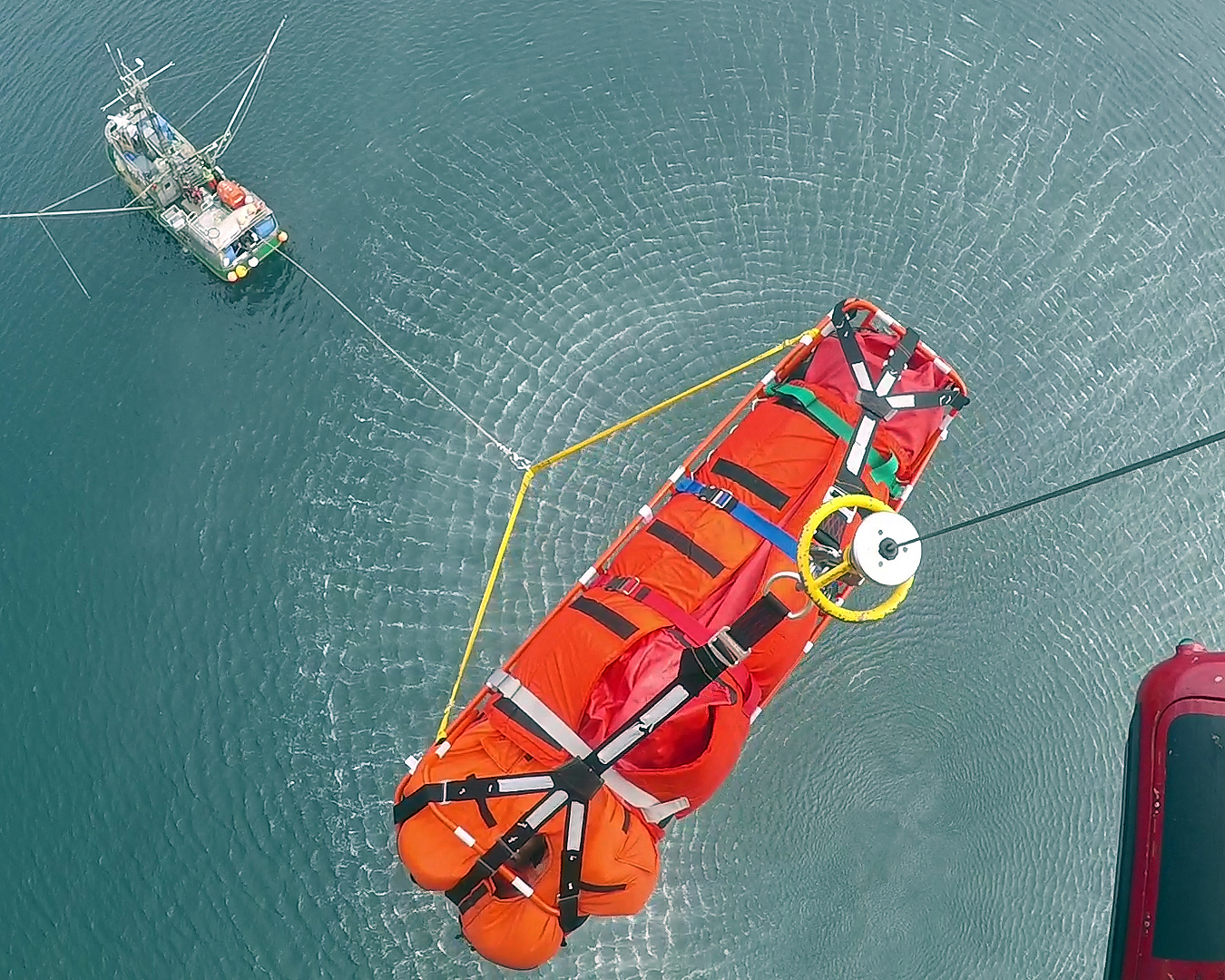 GRAHAM ISLAND, B.C- A man injured on a fishing boat was flown to hospital yesterday afternoon.

According to a news release from 19 Wing Public Affairs in Comox, 442 Transport and Rescue Squadron was tasked with a medevac from a commercial fishing vessel on Tuesday by the Victoria Joint Rescue Coordination Centre.

The vessel was west of Graham Island, and the fisherman had suffered injuries from a fall on-board.

A CH-149 Cormorant helicopter was sent north to respond, reaching the fishing boat when it was at anchor in sheltered water.

“Three SAR Techs were lowered to the deck of the fishing vessel to provide care and prepare the patient for transfer to the CH-149 Cormorant,” read the release.

“The patient was subsequently hoisted to the helicopter.”

The man was taken to the Village of Queen Charlotte, and transferred to the Haida Gwaii Hospital and Health Centre by the BC Ambulance Service.

The coverage area for the centre covers 1.4 million square kilometres in British Columbia and the Yukon, extending 600 nautical miles offshore into the ocean.

“Given the size and complexity of this SRR, SAR crews operating in this region are highly skilled and ready to confront the challenges of this region in order to save lives,” read the release.