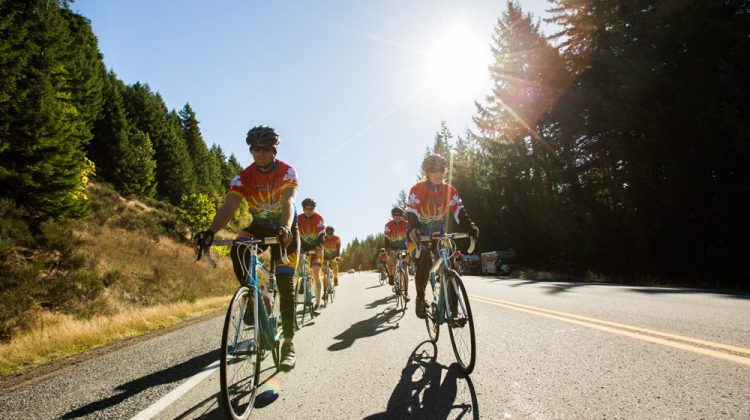 The event is a fundraiser through the Canadian Cancer Society, helping gather funds for cancer research and to help send kids battling the disease, along with their families, to Camp Goodtimes.

Camp Goodtimes provides a safety-focused, medically supervised, fun and recreational experience for children and youth with cancer and their families.

The Tour de Rock team hit the road for a mock tour this weekend, travelling from Nanaimo to Ladysmith, Chemainus and Duncan and back to the Harbour City.

“One thing that is different is that last year, for the 20th year, we opened it up to first responders and we decided to keep that open,” she said.

“We thought we could make a bigger impact on (Vancouver) Island and help more people. So we have ambulance, as well as firefighters on the team again.”

She noted that they have motorcycle police that will be in front of “about six escort vehicles” making sure the cyclists make their way down the island safely.

For more on the 2018 ride, visit www.tourderock.ca.