Residents asked to remain vigilant as Zeballos fire flares up 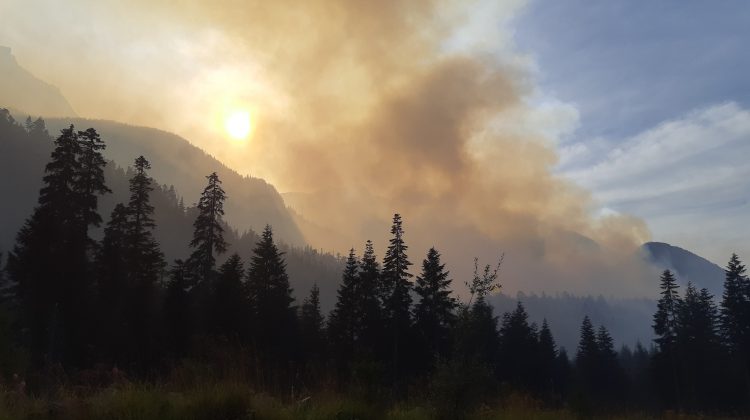 ZEBALLOS, B.C. – A wildfire close to the village of Zeballos continues to burn.

The Gold Valley Main Fire remains listed at 94 hectares in size, according to the Coastal Fire Centre, and is one of their fires of note.

The latest update from Zeballos Emergency (Zeballos Epc) on Facebook stated that the south flank of the fire closest to the village flared up overnight and in the early morning of Tuesday, August 21st.

“The fire is moving south along the ridge above the east side of Zeballos”, read the social media posting.

Sprinklers are being set up behind properties that back up to the mountain below the fire on Ferris Road.

Zeballos Epc stated that an additional ten-person crew has been deployed to the fire to conduct brushwork and help facilitate setting up the sprinkler systems.

Smoky skies have limited the visibility of air support.

“This fire is a priority for aviation resources and is being given attention as soon as it is safe to fly,” the notice read.

The community hall is serving as a hub to feed and provide a resting place for fire crews. The notice stated that residents should remain vigilant, and be ready to comply with any evacuation orders.

The Coastal Fire Centre has been reached for further comment.

Image caption: Smoke over the mountains on the logging road into the village. Photo by Cole Kelly/Vista Radio.