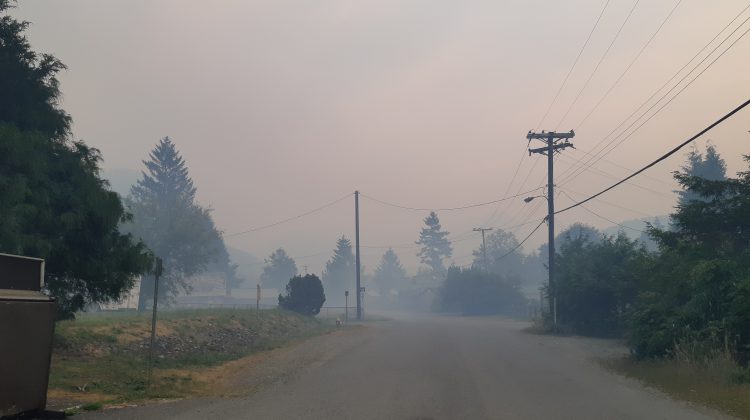 ZEBALLOS, B.C. – Visibility and air quality continue to be poor in the village of Zeballos on northern Vancouver Island.

However, relief could be in sight.

An updated post from Zeballos Emergency (Zeballos Epc on Facebook) stated that weather conditions are bringing in northwest winds, and the air quality is expected to improve over the next few days.

“The south flank of the fire has continued to move southward along the ridge above the east side of Zeballos,” read the notice.

Aviation resources are bucketing water onto the fire site, focusing on the southern edge nearest to the BC Hydro lines, according to Zeballos Epc.

The BC Wildfire Service and Port McNeill Fire Department are on scene, along with the Comox Structural Protection Unit.

The local community hall is also looking for volunteers to work in the kitchen.

“The expectation is that the food services need to continue until at least Saturday, August 25. The shopping has been done and the menus have been planned. Now, some help with the execution is needed,” read Zeballos Epc’s post.

Those interested in volunteering can call the village office at (250) 761-4229 or visit the office in person to sign up for a shift.