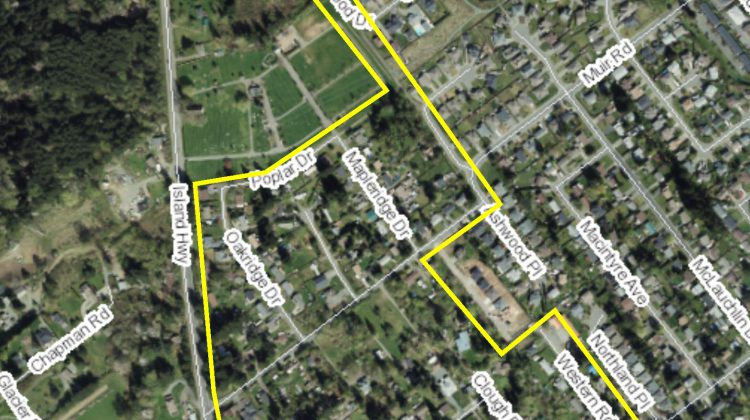 COURTENAY, B.C. – Commuters in north Courtenay’s Sandwick neighbourhood could see some minor traffic delays over the next two months, while contractors work on the area’s water system.

The neighbourhood is located east of the Old Island Highway 19A and south of Veteran’s Memorial Parkway.

Contractors working for the Comox Valley Regional District (CVRD) are also in the area working on the conversion. The city’s water supply comes from the CVRD through the Comox Valley water system.

Commuters should expect intermittent lane closures in the area, and are advised to drive carefully around work crews and obey all traffic control personnel and signage.

The work is not expected to impact traffic on the Old Island Highway or Veteran’s Memorial Parkway.

Courtenay residents who were formerly serviced by the Sandwick Water Works District will experience temporary short-term water service interruptions during the upgrade.

Residents will be contacted in advance of any planned water outages.

The Sandwick Water Works District (SWWD) was established in 1965 to deliver potable water to area residents.

The SWWD board of directors voted to disband at the end of 2016, with their customers to be converted to either the City of Courtenay or the CVRD service areas, depending on their jurisdiction.

The City of Courtenay and CVRD have been working together on the planning and preparation for the conversion since that time.