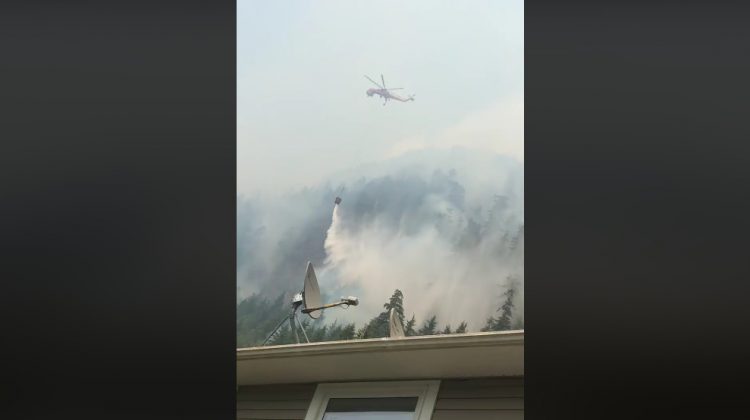 According to an update from the Zeballos Emergency Program Center, the blaze remains at approximately 168 hectares with “very little change or movement.”

The EPC said that heavy helicopters “continue to assess the fire and bucket water as appropriate” in the mornings and evenings.

The south flank of the flames, which is burning close to power lines, is being monitored, however the area is too steep for ground crews at this time.  On the north flank, B.C Wildfire Service crews were able to extinguish “several smouldering fires” coming down the mountain at the top of Pandora Crescent.

The fire, which is burning on steep terrain in the forest just behind the village, caused an evacuation of six Zeballos homes in August.