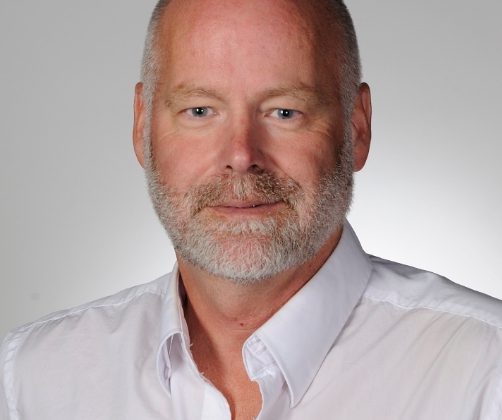 COMOX, B.C. – A veteran town councillor is taking a run at becoming Comox’s next mayor.

Russ Arnott is finishing up his second term as a Town of Comox councillor.

His first term spanned 2008 to 2011 and after a three-year hiatus, he successfully ran again in 2014 and has spent the last four years as a council member.

“I’m nearing that golden age of retirement so I figured it’s a good time for me, the stars are aligning, that I’d run for mayor,” Arnott said.

Arnott hopes to replace outgoing mayor Paul Ives, who earlier this summer announced that he was not going to run for re-election when the municipal vote rolls around on Oct. 20.

“Paul’s done a great job as mayor,” Arnott said. “Now that he’s stepping aside this gives an opportunity for someone with new vision, new energy and the experience that we have, and what we need to move forward and keep that momentum going that we’ve really gained in the last four years.”

Arnott knows Comox. He has lived in the town for the past 22 years and has raised his children in the community.

Away from municipal politics, Arnott worked in the federal public service for 30 years – 25 with the Canadian Coast Guard as Officer-in-Charge and another five as the manager of military housing at CFB Comox.

He also noted that he is committed to committee work. He sits on the Downtown Comox BIA, Community Justice Centre Board, and the Community Council for the Salvation Army.

“It’s important to deal with those committee because then it feeds into dialogue at the council table and gives the mayor a better idea of what’s going on,” Arnott said.

Arnott said Comox is in the “enviable position of being one of the safest communities in B.C.” and is debt free due to the recent loan completion of the Comox Recreation Centre expansion.

He said the town’s infrastructure is in good shape, its asset management plan ensures future fiscal responsibility and and “we been fortunate with strong governance and administration which all leads to the boon in our economic development.”

“Last year we were able to drop the taxes to 2.4 percent, which was pretty good,” he said. “We want to show a downward trend with the taxes. We hear from a lot of people that taxes go up every year and I get it. I’m on the doorstep of being that retired person too and I don’t want to see taxes go up continuously.”

“I don’t have the answer for that, to tell you the truth, but I’m all about community engagement and talking to people, so if I get in as mayor, I will put a group together and we’ll talk about it,” Arnott said.

One solution Arnott offered is continuing to make it easier for homeowners to have a secondary suite, a.k.a. mortgage helpers, for those who otherwise wouldn’t be able to have a home.

He also hopes to expand Comox’s neighbourhood connectivity with walkways through both new and older areas of town to “support a healthy and enjoyable lifestyle.”

“It is important we continue to make contributions to affordable housing to help those in our community who need it,” he said. “Partnerships with groups such as Habitat for Humanity are one way that contributes to this goal.”