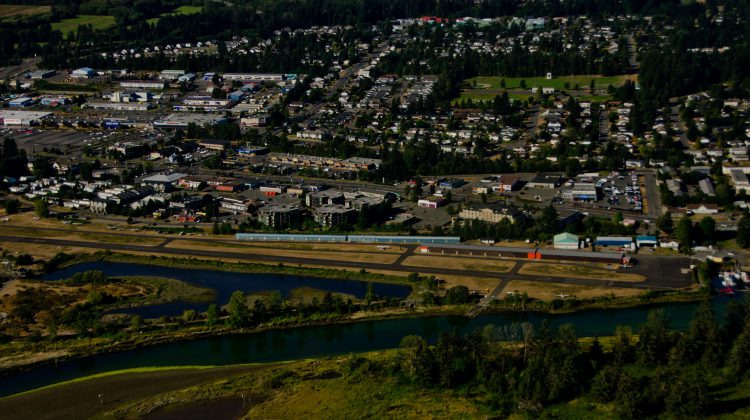 COURTENAY, B.C- The future of the Courtenay Airpark is going to be up for discussion at Courtenay city hall tonight.

According to the latest council agenda, the topic of leases at the park will be raised tonight after city staff examined options for council, following their direction at the last meeting of council.

For the last two meetings, there had been substantial concern raised by users of the airpark about leases at the site and the lengths of time being proposed for renewal.

Staff are recommending that council direct them to offer a new long term lease of five years, with three options for renewal of an additional five years each, along with the inclusion of the float plane dock and ramp in the new lease area.

The move comes after council voted to abandon a bridge crossing site at 21st Street that would have impacted the airpark, following a motion by Mayor Larry Jangula. Jangula’s second motion, which proposed a long-term lease of 20 to 40 years, did not pass the council chamber.

Councillor Doug Hillian expressed opposition to voting on the motion without a report from municipal staff, outlining the options council had on the matter, which led to the option being raised today.

Two other options are also being put forward, detailed in the table below. 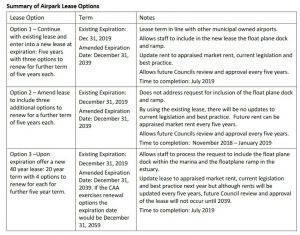 The current leases in the Airpark can also be viewed in this image. 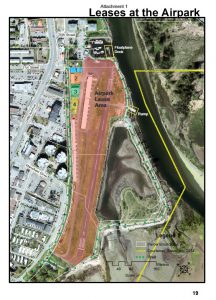 As for the other lease holders at the site, city staff are recommending that negotiation of those leases be handled directly with the tenants in lots 1 to 4.

“This process is to ensure individual lease requirements are discussed and an arms-length relationship with each tenant operating as a business is maintained separate from the not for profit Courtenay Airpark Association,” read the agenda.

“Council must not provide a grant, benefit, advantage or other form of assistance to a business which is prohibited under section 25 (1) of the Community Charter. In order to meet the objective of aligning the lease expiration date, staff will offer the same length lease terms as Council approves for the Airpark lease. The leases for lots 1 through 4 will also be subject to legal review to updated leases to current legislation and best practice. The existing business uses in lots 1 through 4 are existing non-conforming uses within the current Public Use and Assembly Two (PA-2) zoning. Should any of the businesses require a permit, rezoning may be required.”