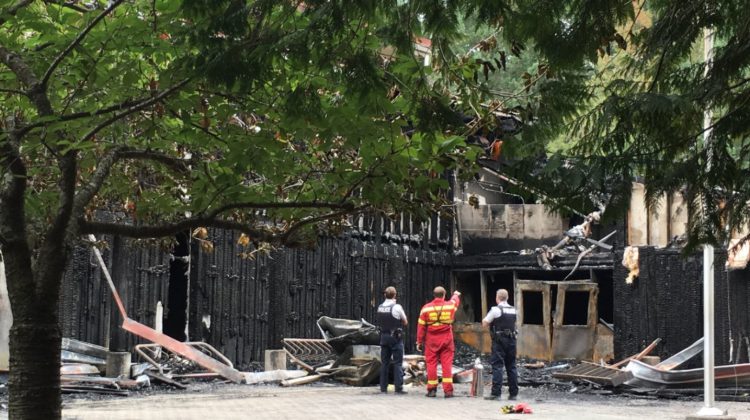 COURTENAY, B.C- A man has been charged with arson after a destructive fire on Hornby Island.

According to court records, a 25 year old man was charged with arson damaging property after a fire destroyed major portions of Hornby Island Community School.

The fire took place on August 26, and police announced it was suspicious shortly after the investigation began.

A person of interest was announced at the same time, and the charge against the man was sworn on August 31.

His first appearance was today, for a bail hearing.

NOTE: This story has been adjusted to remove the suspect’s name, due to a court-ordered publication ban. Vista Radio will be reaching out to the Crown to confirm the exact rules of that publication ban.