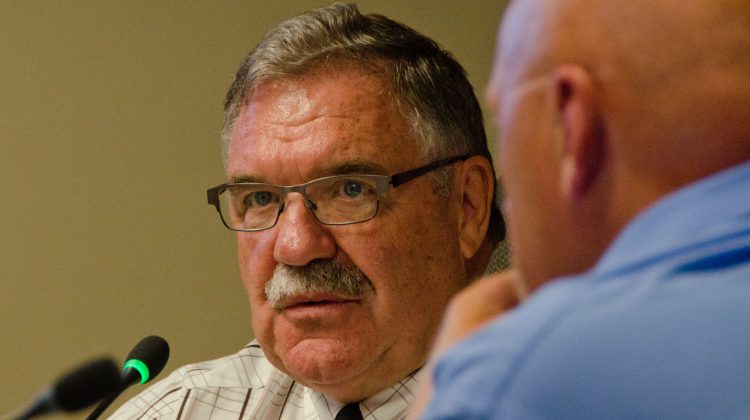 Courtenay Mayor Larry Jangula is pictured during the council meeting of August 7th, 2018. Photo by James Wood/98.9 The Goat/Vista Radio

So far, Jangula is running against City of Courtenay councillor Bob Wells, who has already filed his nomination papers.

The nomination period for candidates opened Tuesday morning and will close on Friday, Sept. 14 at 4 p.m.

A retired RCMP member and small business owner, Jangula has lived in Courtenay with his family since 1985.