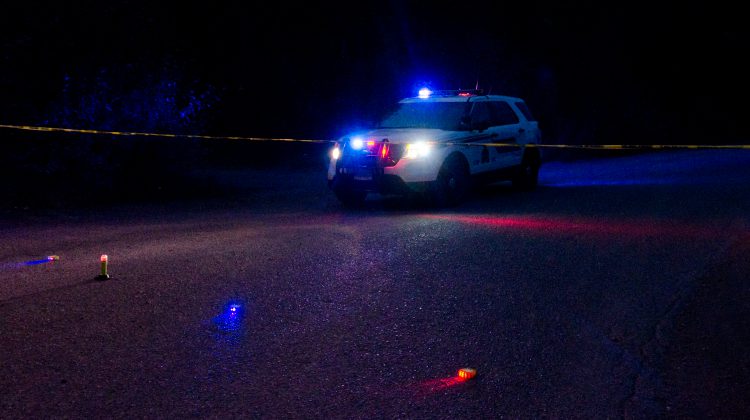 A police vehicle sits close to the intersection of Duncan Bay Main and Strathcona Parkway during a police investigation on Wednesday, September 5th, 2018. Photo by James Wood/98.9 The Goat/Vista Rad

MOUNT WASHINGTON, B.C- A death near Mount Washington this week is not believed to be criminal.

On Wednesday evening, officers from the Comox Valley RCMP were sent to a stretch of road along Duncan Bay Main, close to the intersection with Strathcona Parkway at the base of Mount Washington.

The road was closed off while an investigation was carried out, and the scene was clear the following morning.

According to the detachment, what occurred was non-criminal, and the file has been passed to the provincial coroner’s service.

Andy Watson, the spokesperson for the service, said that the service is looking into the death of a woman from the Courtenay area. She had been in her mid-20’s.

Watson said there is no other information available at this time.