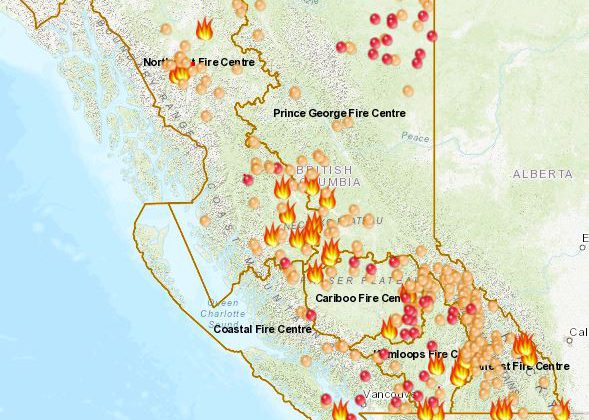 BRITISH COLUMBIA, B.C – The state of emergency in B.C is officially over.

According to a press release from Emergency Management B.C, cooler weather and progress in containing wildfires has prompted the government to cancel the state of emergency that currently covers the entire province.

The state of emergency, declared on August 15th of this year, was extended once. This past week, there was a “significant reduction” in the number of properties under evacuation order and many residents are now returning home.

Emergency Management said the state of emergency was an “extraordinary measure” taken in response to the summer’s wildfire season, which has seen more than 1.3 million hectares burned to date.

While the state has been cancelled, Emergency Management said “the wildfire situation is not over,” and that it is “vital” the public remains prepared and follows the direction of local governments.

For information on evacuation orders and alerts, visit Emergency Info BC:

For information on wildfires: www.bcwildfire.ca

For information on how to prepare for an emergency, visit: www.gov.bc.ca/PreparedBC