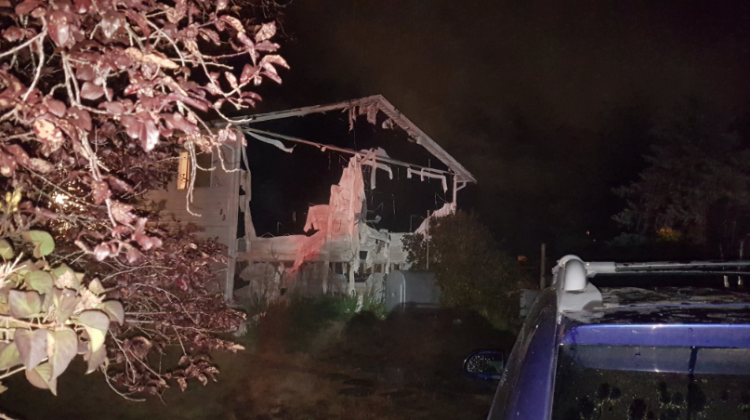 According to Fire Chief Thomas Doherty, the department received a call of a vehicle fire at around 12:30 a.m.

“Soon after, reports came in indicating it was an RV travel trailer on fire, with people possibly in it,” he said.

“Crews arrived on scene, and discovered a fully involved travel trailer, with danger to exposure, so there was a nearby home starting to catch fire, and a nearby shed, two vehicles in the driveway and adjoining fence and property as well.”

He said the flames destroyed the travel trailer, and caused some damaged to the nearby home, the two vehicles, shed and fence.

Fortunately, the two occupants in the trailer escaped uninjured, as did the three occupants of the home. 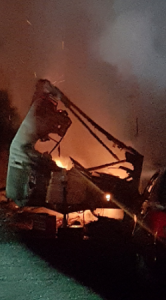 Firefighters worked quickly to save the bulk of the residence and surrounding properties.

Doherty said due to information received on scene, the fire is considered suspicious and is under investigation by the RCMP.