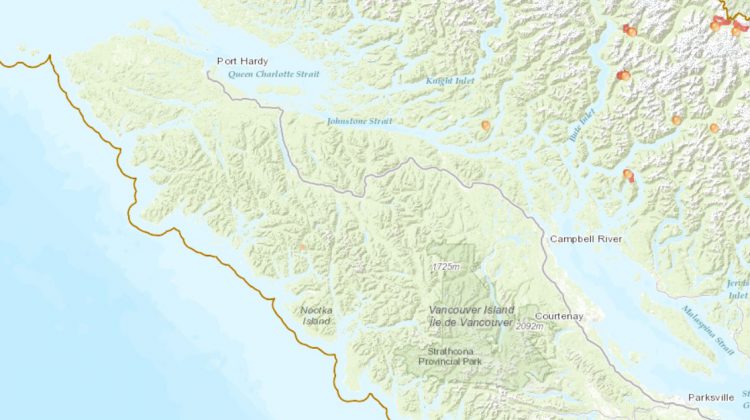 “There are a number (of fires) still burning,” Coastal Fire Centre information officer Natasha Broznitsky said. “Most are under control but certainly there are a large number of fires there. That’s not unusual given the amount of fires that were there and the size that some of them got to (be).”

The Pinder Creek and Gold Valley Main wildfires near Zeballos are considered to be under control and 100 percent contained.

Meanwhile, the East Redonda Island Fire is being held and it hasn’t grown in the past several days. The fire is burning through 658 hectares in an ecological reserve.

“It was showing quite low fire behaviour but it is still an active fire,” she said.