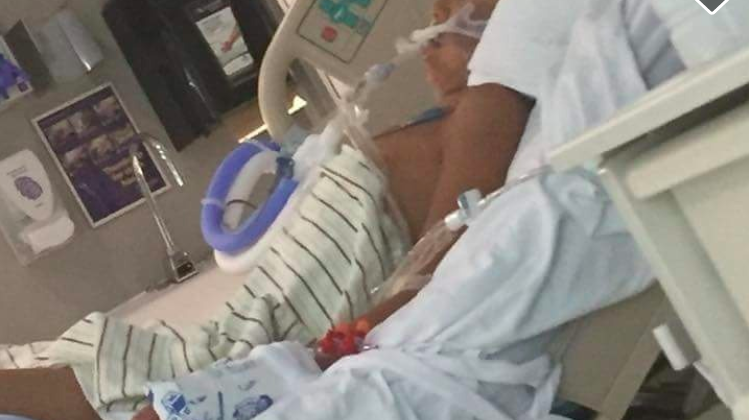 A photo of Jordan, courtesy of the family.

Jordan got sick last week and a few days after he saw a doctor in town, the family was told they were being sent off to the BC Children’s Hospital in Vancouver for more testing. Doctors ran spinal fluid and bone marrow tests on Jordan and found out he has T-cell leukemia.

A couple of nights ago, Heather got the word they need to be in Vancouver for the next 9 months for treatments. Jordan also has a mass in his chest, pushing down on his lungs. He had to have a breathing tube down his throat to help him breathe. Before starting treatment, Heather said doctors are trying to get him moving as he’s been in bedridden for the last two days.

Heather said she’d recently left her job, which means she doesn’t have enough for the bills.

“Right now, it’s just money I have left over from work but that’s not really that much. And my family helped out a little bit with what they could,” Heather said.

Heather’s sister, May Marie, set up a GoFundMe page to help raise funds for Jordan. You can find the link to that here (https://www.gofundme.com/help-my-sister-as-her-son-very-sick).