Denman Islanders looking to clean up the shores 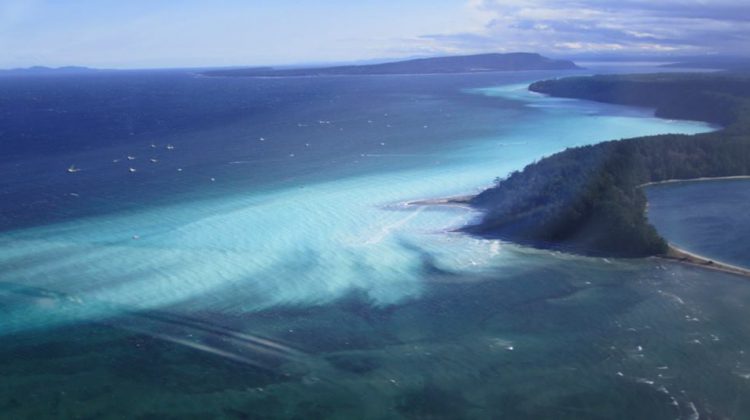 “Our concern is that there is an unchanging, continuing amount of plastic debris that comes from the aquaculture industry,” said Dorrie Woodward.

Woodward is the chair of the Association for Denman Island Marine Stewards. For over a decade, the group has gathered volunteers together to clean up the shore.

“The amount of plastic debris has increased rather than decrease,” she noted.

“Last year, we invited the Department of Fisheries and Oceans, and the BC Shellfish Growers Association to work with us, because we felt that the problem was getting really big in Baynes Sound. They agreed and started to clean up the west side of Baynes Sound, and organized all the volunteers for that and that is truly wonderful.”

Woodward said this year; they collected “at least six tonnes” of plastic debris. She said over 90 percent of it was from the shellfish growing industry.

“As Denman Islanders we understand that it’s not intentional that all this plastic debris from the industry ends up on our shores. But it’s certainly a known reality that this is happening year after year,” she said.

“Something systematic has to happen on the part of the industry to anticipate that all this gear and equipment will leave their tenures and they themselves find a way to make sure the industry takes responsibility for collecting it and organizing it. Hopefully without driving on the beaches where the fish are spawning.”

Woodward said right now, they’re working on shipping all the debris they collected during last weekend’s cleanup to Fanny Bay Oysters, where a recycler will pick it up.

“We have had to move into collecting this trash off our beaches twice a year now,” she said.

“We use Earth Day in the spring after the winter storms, as well as in the fall. It’s really something that the DFO and the industry, which is a multi-million dollar industry need to come to grips with.”

However, with that said, Woodward wanted to maintain that she was not looking to attack or offend the shellfish industry.

“We really value working with DFO people and with the BCSGA (Shellfish Grower’s Association). We respect that they have begun to organize cleaning the other side. We’re not in any way critical; we’re enthusiastic about that,” she said.

“We’re still challenging them to move into a sort of preventative mode or into a more systematic mode of dealing with all this plastic debris, which rolls ashore predictably year after year. It’s not about being against shellfish growers, it’s about being tired of cleaning up after them.”

For more on the Association for Denman Island Marine Stewards, visit adims.ca.

The BC Shellfish Grower’s Association has been reached for further comment.