Morning Beach Park stairs to be repaired in fall: CVRD 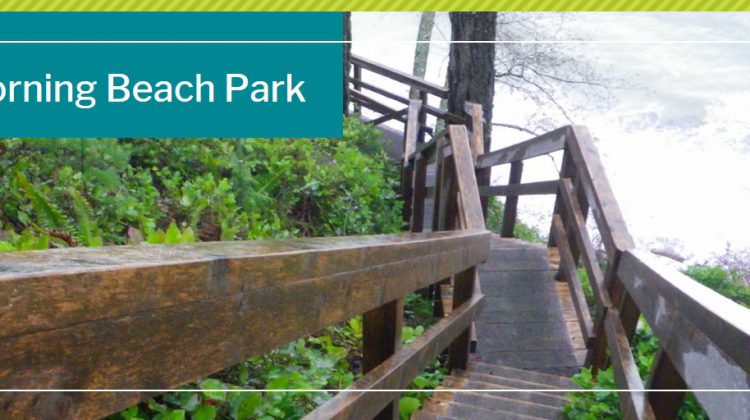 An image of the stairs, sourced from the CVRD.

DENMAN ISLAND, B.C- A route to Tree Island from Denman Island will be getting repaired soon.

Since January of this year, the stairs at Morning Beach Park at the north end of the island have been closed to the public, after erosion from tides and weather caused damage to the installation.

However, plans are underway to see the steps put back in shape. According to Doug DeMarzo, the manager of parks for the Comox Valley Regional District (CVRD), the staircase is going to be re-aligned so users won’t have to walk on a slope between the upper and lower sections of stairs.

DeMarzo indicated that the work is being planned to start in late October, or early November, though it was dependent on weather and tides.

He also stated that a lot of the work would be done using volunteer labour.

“We’re hoping to improve it for under $10,000, by re-using some the materials that are already on site,” said DeMarzo.

He also reminded residents that the Goose Spit stairs are being worked on.

“Seal Bay, Nymph Falls, and other areas are ready for your enjoyment.”

The Goose Spit stairs should be finished by late October, according to a prior news release from the CVRD.