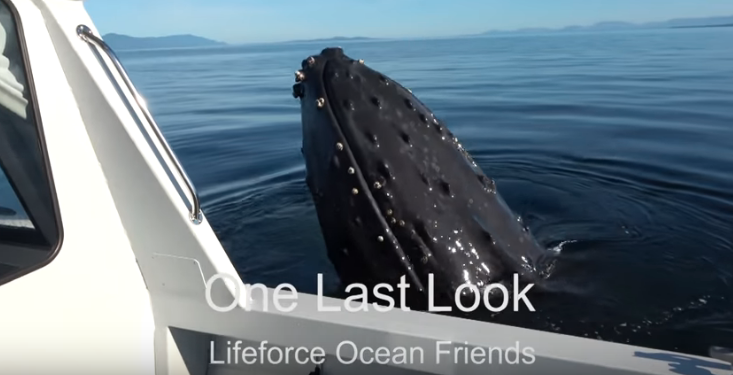 A screenshot from the video provided by Peter Hamilton.

The incident happened last Thursday afternoon, according to Peter Hamilton of the Lifeforce Ocean Friends group.

Hamilton said the whale, which was one of two spotted, hit a Lifeforce whale protection boat and shattered a window.

“Having a bus-sized, 20 ton whale bang into your boat was a bit unsettling but fortunately the whale and I were not cut because it was safety glass. The whale actually came back to perhaps look at what had happened,” he said.

Hamilton said it’s important that whales do not get habituated to boats for human and their own safety.

“Humpbacks are not to blame because we are visitors in their home waters. Their numbers are increasing since their near extinction caused by the whaling industry. This should be a reminder to all that nature can be unpredictable and accidents can happen,” he said.

Hamilton wanted to remind boaters that they “must keep a minimum distance of 100 metres from humpbacks.”

“It is also recommended to stay greater distances from all cetaceans if they have babies,” he stated.

The following video of the incident was provided by Peter Hamilton.