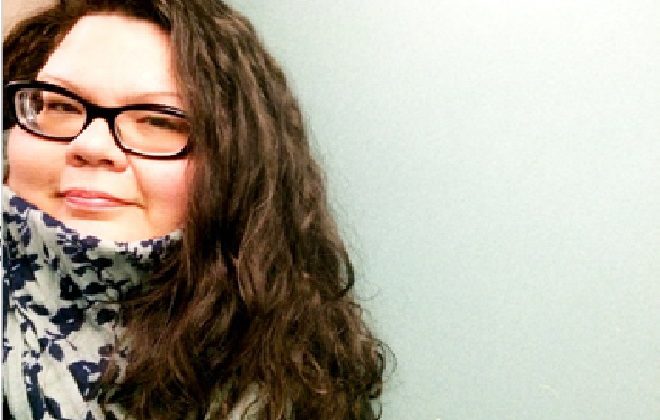 A supplied photo of Warner.

As part of the college’s Write Here Readers Series, music journalist and pop-culture critic Andrea Warner will be coming by the Comox Valley campus to talk about her new book, Buffy Sainte-Marie: The Authorized Biography.

The series is meant to showcase literary arts in our region, and offer students and community members the opportunity to hear from some of Canada’s top writers. It’s made possible through the Canada Council of the Arts.

The book is the first and only authorized biography of Sainte-Marie, offers an inspiring and intimate portrait of Sainte-Marie as an unparalleled artist, philanthropist and Indigenous activist.

Warner had interviewed Sainte-Marie through her work as a music journalist with CBC and found a connection with her.

Speaking with the MyComoxValleyNow.com newsroom, Warner said she felt grateful for getting the chance to write the book, and be entrusted with Sainte-Marie’s story. Warner also said Sainte-Marie had spent her life advocating for Indigenous and environmental rights.

“We’ve got kind of a blind spot, I think often, even in Canada, when we talk about reconciliation,” said Warner.

“We talk about decolonization, there is still not a lot of acceptance as to what the country is based on. She personally comes from, and through, a lot of trauma, and she’s still a hopeful, inspiring, loving person, and there is so much fire in her work, and she’s still a vital artist, making incredible music to this day.”

In the college’s news release, Warner said she hopes the book encourages people to connect or reconnect with Sainte-Marie’s music, in which Warner says, Sainte-Marie has mapped her life.

“Her activism, her environmental justice, her love of people, her desires, her creativity, her activism for Indigenous rights and advocacy there – it’s all in her music and I think that’s why her work is so timeless and true,” said Warner.

“She’s still this incredibly fiery, creative, unstoppable human being and I really feel like this will be a chance for people to truly start to get to know the bigger picture of who she is.”

Warner will also be joined by local writer and outreach worker Grant Shilling, who authored The Cedar Surf: An Informal History of Surfing in BC, Surfing with the Devil and is currently at work on A Full 360: A Story of Survival and a Skatepark.