No injuries in Cumberland dryer fire 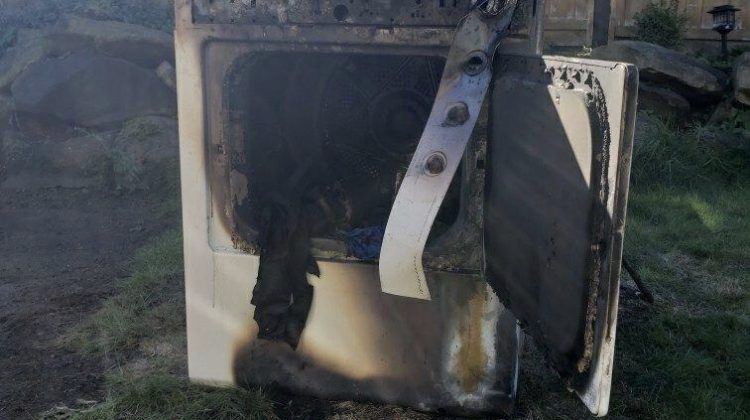 A drying machine was destroyed following a fire in Cumberland on October 13, 2018. Photo by Lena Pawluk/98.9 The Goat/Vista Radio

CUMBERLAND, B.C. – It was a hot start to the weekend for the Cumberland Fire Department.

Crews were called out to a reported structure fire on Kendal Avenue. Deputy Fire Chief Craig Windley said when he arrived on scene, there were “no visible flames”, but the whole upper floor was full of smoke.

He said firefighters entered the home, and discovered the fire was in the dryer machine.

“We ventilated, put the dryer outside and we cleaned up,” he said.

Windley said no injuries were reported from the scene.