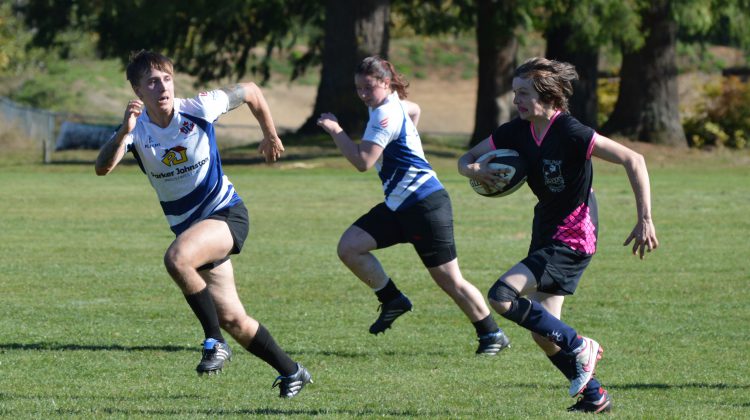 The team hosted Westshore RFC at Village Park. Both teams were undefeated going into the game, and the Kickers came out on top with a 46-21 win!

“It was a beautiful day for rugby. I am so proud of how the team played…the energy on the field was electric,” said team captain Natalie Nguyen. 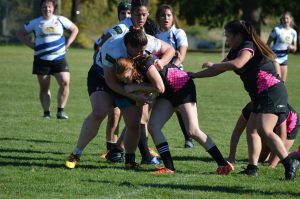 “Our ball handling and support lines made the big difference in this game. When we did get scored on, it was because the other side was doing the exact same thing that we were doing, running hard and with purpose. I feel that we are finally starting to reap the benefits from our twice a week practices.”

Nguyen continued by saying that the improvement from earlier in the season to now has been outstanding.

Following the game, everyone is invited to the Cumberland Hotel, the Kickers’ sponsor bar and clubhouse.

Practices are held Mondays and Thursdays from 6:30 p.m. to 8:00 p.m. at Cumberland Village Park.

More details about the club can be found at comoxvalleyrugby.ca.