Ken Macleod honoured by the City of Courtenay 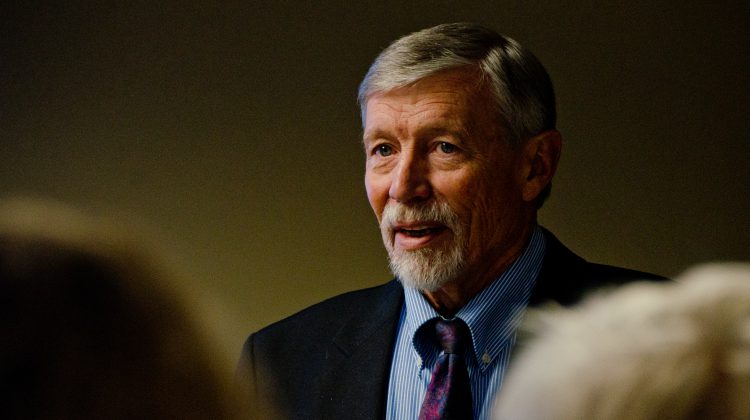 Longtime resident Ken Macleod was invited to chair the Oct. 15 Courtenay city council meeting by Mayor Larry Jangula. During the meeting, Macleod was presented with a Certificate of Appreciation from the city. Photo by James Wood/ 98.9 The Goat/Vista Radio

COURTENAY, B.C- A hard-working volunteer in the Comox Valley has been recognized this week.

During the final meeting of Courtenay city council prior to the municipal election, Courtenay resident Ken Macleod was invited up to chair the meeting by Mayor Larry Jangula.

And during the Oct. 15 meeting, Council presented Macleod with a Certificate of Appreciation.

The certificate notes Macleod’s extensive contributions to promoting positive community relations, including producing several local “Memories of the War Years” concerts to recognize military veterans, a country music concert for the BC Seniors Games, and numerous concerts to raise funds for various community programs including the ‘Sonshine’ Club Luncheon Program.